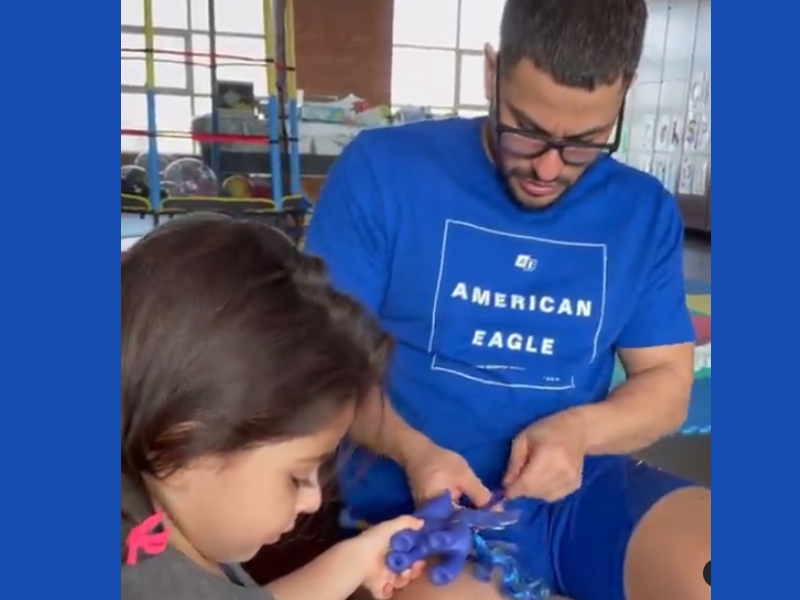 Kunal Khemu does 'daddy duty' for daughter with 'My Little Pony'

Mumbai/IBNS: Bollywood actor Kunal Khemu was found spending some gala time with his daughter Inaaya, as the moment was perfectly captured by his wife Soha Ali Khan Pataudi.

In a video shared by Soha, who is also an actor, on Instagram, Kunal was seen playing with his daughter with a toy named My Little Pony.

But Inaaya, who is now three-year old, was getting impatient as she tried to say, "But I'm getting tired," leaving netizens in splits.

Kunal and Soha, who got engaged in 2014 and got hitched a year later, became the proud parents in 2017.

On the work front, Kunal was seen in Malang and Lootcase in the last year.