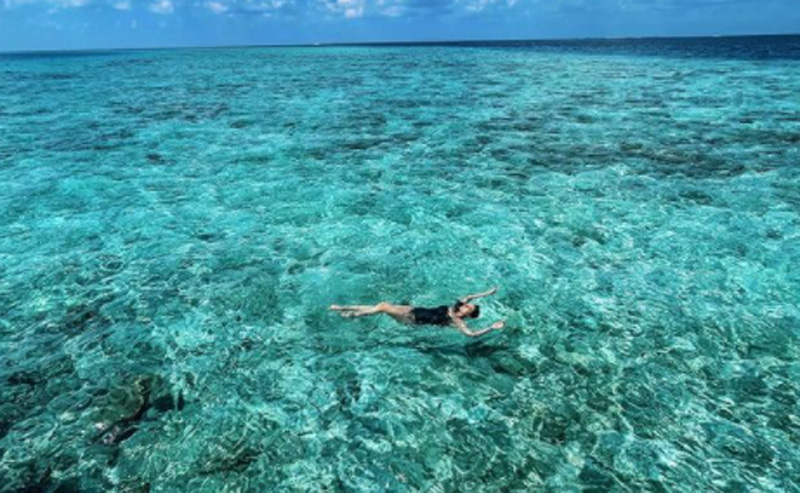 Sonakshi Sinha is the perfect waterbaby in latest Instagram image

Mumbai: Sonakshi Sinha looks a perfect waterbaby as she shared a throwback image of herself from her recent Maldives trip on Instagram for her fans on Sunday.

In the image, the actress could be seen dressed in a black swimsuit.

She was surely chilling in the blue waters in the country.

Sonakshi made her Bollywood debut with the film Dabangg in 2010.

She has appeared in several movies later which included films like Rowdy Rathore, Son Of Sardaar, Dabangg 2, Holiday: A Soldier Is Never Off Duty, Lootera, Once Upon A Time In Mumbai Dobaara, R... Rajkumar, Action Jackson, Kalank and Mission Mangal, among others.

She was last seen in the movie Dabangg 3.