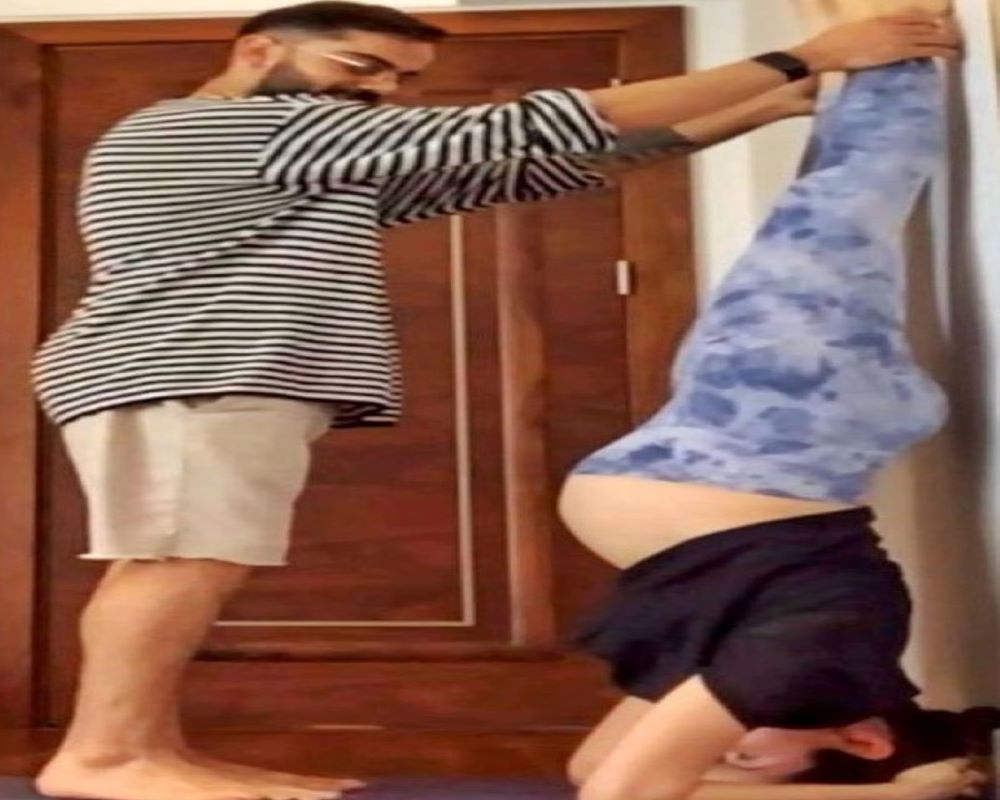 Mumbai/IBNS: Bollywood actor-producer Anushka Sharma, who is expecting a child, on Tuesday revealed how she has been maintaining her yoga despite being pregnant with the help of her cricketer husband Virat Kohli.

In a long post on Instagram, Sharma said she has been performing asanas barring a few with the help of Kohli, who is the Indian cricket captain.

She wrote in the post, "This exercise is ‘hands-down’ (and legs up) the most difficult one 🤓 #throwback . P.S. – As yoga is a big part of my life, my doctor recommended that I can do all such asanas that I was doing before I was pregnant( after a certain stage)barring twists & extreme forward bends, but of course with the appropriate and required support.

"For the Shirshasana, which I have been doing for many years, I ensured that I used the wall for support and also my very able husband supporting me balance, to be extra safe . This was also done under the supervision of my yoga teacher Eefa Shrof who was virtually with me through this session. I'm so glad I could continue my practice through my pregnancy."

Sharma and her cricketer husband Virat Kohli had announced in late August that they were expecting their first child in January, 2021.