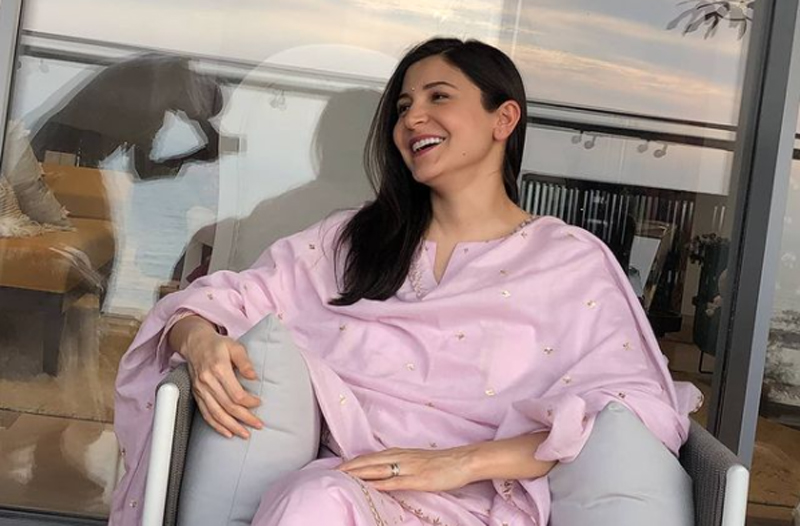 Mumbai: Actress Anushka Sarma, who is expecting to become another soon, is spending quality time with her father these days.

This became evident from the image the actress shared on social media.

In the image, Anushka can be seen enjoying her tea time with her father.

She can be seen sporting a gorgeous lavender salwar-suit.

With his silhouette visible in the reflection behind her, Anushka's father clicked the beautiful image of her daughter.

The gorgeous Indian actress captioned the image as: "When your dad captures your perfect chai time candid photo and tells you to cut him out of frame but you won't because - daughter !🤪💗."

Virat will surely be beside his wife as the Indian cricket board has granted him paternity leave after the first Test against Australia next month.