Mumbai: Indian actress and human rights activist Sheena Chohan believes in circles and, like her infinity ring, her career is ever-expanding to her star-high dreams before coming full circle, back to her roots – the stage.

The circle that shapes Sheena’s life first appeared when she left a successful modelling career in Kolkata to tread the boards in Arvind Gaur’s esteemed Delhi company Asmita, taking on characters including Hermia in Midsummer Night’s Dream and Binni in Ek Mamooli Aadmi, before finding the limelight opposite South Mega-star Mammootty in The Train.

Playing Mammootty’s love interest propelled Sheena to move to Mumbai and a series of films including essaying some of Tagore’s most interesting characters for Buddhadeb Dasgupta. This cinematic phase of her journey culminated in her nomination for Best Actress at the Shanghai and Dubai Film Festivals for a layered performance as a deeply troubled star in Ant Story, which was bought by Netflix.

But the silver screen and red carpet weren’t strong enough to resist the gravitational pull back to characters such as the bubbly but naïve Laila in Peerghani at the National Center for Performing Arts and the too kind, often abused, Terry in Baby’s Blues at the Royal Opera House.

As is the usual path of this almost mystical circular force moving Sheena, before the direction of its next phase revealed itself, she set off on a journey – this time a trip to New York where she was awarded the Hero Award at the United Nations.

But, after calling for mandatory human rights education on the world stage, the moment she stepped foot back on Indian soil, she bagged roles alongside Madhuri Dixit in a Dharmatic Production, directed by Bejoy Nambiar for Netflix, then locked a part in multiple National Award winner, Nagesh Kughnoor’s City of Dreams for Hotstar.

Ask Sheena about the circular nature of her work cycle and she’s philosophical, yet practical: “Theatre’s my first love because when I develop a character to play to a live audience - you don’t get a second take – I have to totally and completely “be” her. When the curtain draws all the research, development and refinement with the director to find subtleties, back-story, nuances, etc., merges into an experience like no other – being in someone else’s skin. 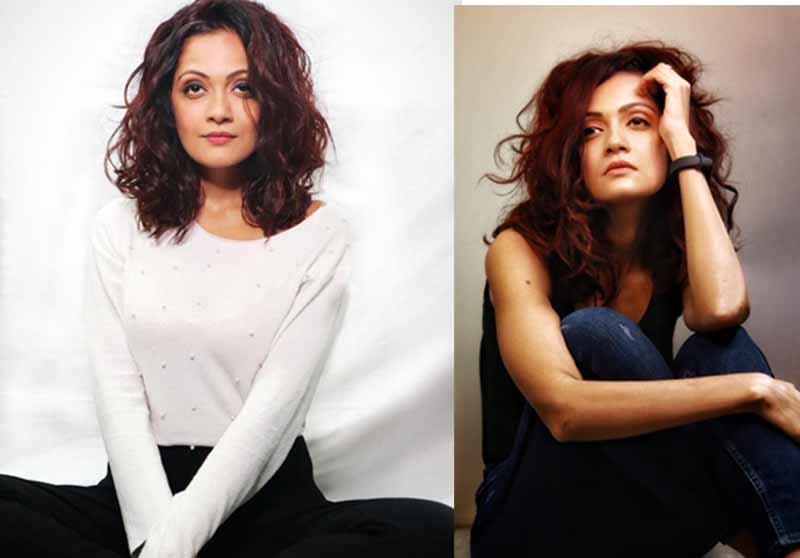 "So it’s no surprise to me that I find myself lost in books and talking to the most unusual people all day, then deep in conversation at night with the director about a gesture or accent for a play, before returning to film or web and then my human rights work – it’s circular because one feeds the other. My live experience on stage gives me the energy which I take back to my characters on the screen and my human rights work reminds me of why I want to search out the varieties of characters in the first place.”

Like ripples of a pebble on a lake, Sheena has come to look forward to the patterns the circle draws her in – as soon as she finishes filming for Netflix and her feature film, Justice, where, as one of the leads she plays a ghost, has released on an OTT, she’s back to the stage as one of the 3 female leads in her most challenging role to date – a woman who confronts a rapist in the acclaimed American play, Extremities.

After that, she’s recording the next episodes in her United for Human Rights podcast, Born Free & Equal, which just reached the milestone of spreading awareness of human rights to 100 million people by teaming up with some of the biggest names in the Hindi Film industry. But, like all things, there’s a limit to our metaphor - if you ask Sheena, when it comes to human rights violations, that’s one circle she’s keen to break.