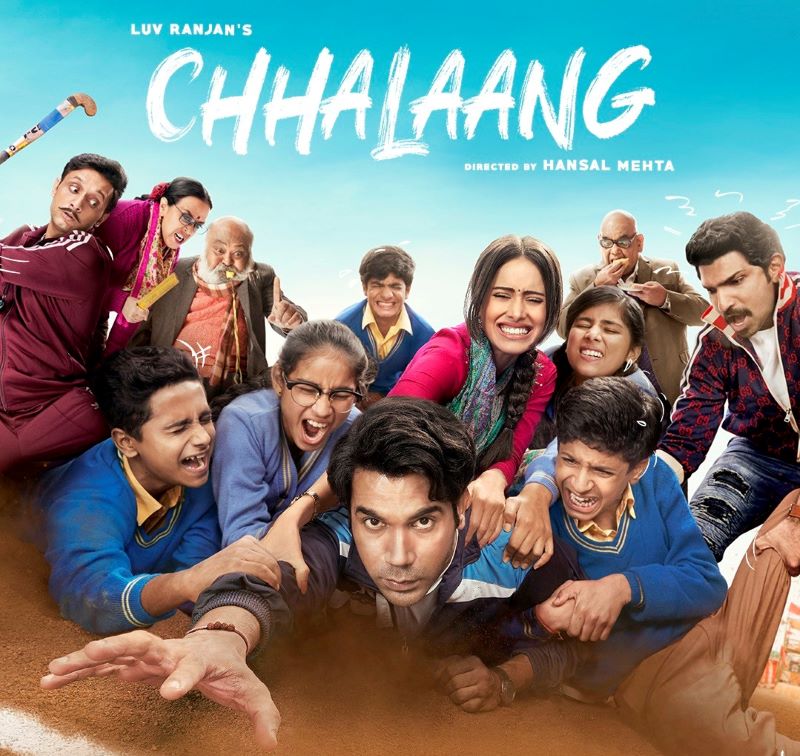 Mumba/IBNS: The trailer of upcoming Hindi film Chhalaang, which has been directed by filmmaker Hansal Mehta, was released on Saturday.

The film stars Rajkummar Rao and Nushrratt Bharuccha in the lead roles.

In the trailer, Rao and Zeeshan were seen fighting for pride while Bharuccha was the love interest.

Regarding the film, Mehta said, "We made this film with the hopes of delivering a beautiful message through a light hearted comedy.

"While being extremely relevant to student and teacher’s life, Chhalaang is a complete package filled with emotions of love, comedy, friendship, rivalry and emotional drama making it a perfect Diwali family entertainer."