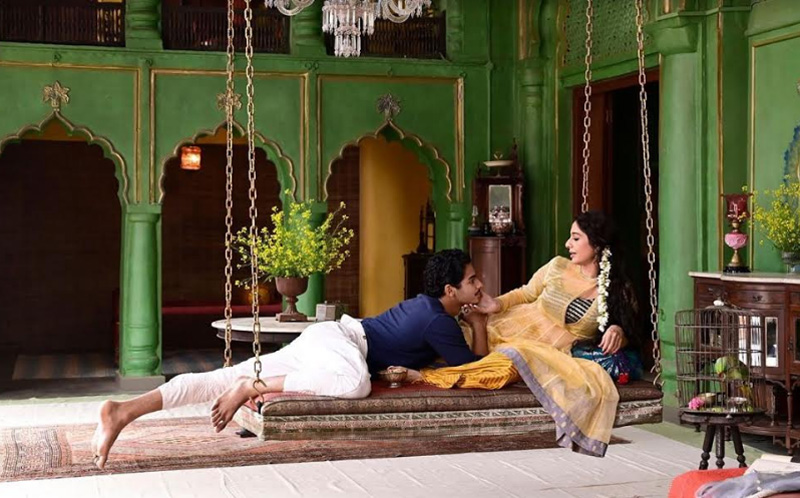 The courtesan is iconic part of Indian society...but it was different for me to explore her in new territory: Tabu

During one of the conversations series organized by the 2020 Toronto International Film Festival (TIFF), Geoff Macnaughton of TIFF catches up with Tanishka Maniktala playing Lata, Ishaan Khatter playing Maan, and Tabu playing Saida Bai in the film  ‘A Suitable Boy,’ a primetime presentation recipient of the Jeff Skoll Award in Impact Media. The director of the film, Mira Nair’s six-part drama series is an adaptation of Vikram Seth’s famous novel about a young Indian woman's struggle to create a balance between family duty and personal independence in post-partition India.  IBNS Toronto correspondent Asha Bajaj brings you the excerpts:

Geoff to Tanya (Tanishka):  Tanya, congratulations on such a wonderful performance.  Tell me which characteristics of Lata you were really drawn to when you first read the novel and the script? Can you describe the journey from getting a lead role in the BBC series, to working with Mira, Andrew, Ishaan, Tabu, to showcasing a film in a major film festival?

Tanya: I am still reading the novel and have not finished it yet.  But even before I started reading it, I had a call with Nita, and we discussed Lata’s character and the story, and I had done an audition. Lata may not be the drop-dead gorgeous girl, but the characteristics that drew me most towards her were her simplicity both in her thoughts and actions, no pretenses, her confidence, her appealing charm,  unmoved by the things around her.  Being smart, and honest, she lives in her own bubble, has her own thoughts, is well-spoken, and speaks her mind. These characteristics of Lata motivated me to play Lata's character.

The journey feels really surreal. I cannot believe I am here. I am doing this with all of you! (laughter)

Geoff to Tabu: Tabu, your first international project was Mira’s 2006 film, ‘The Namesake’. What was it like to work with her again?  How did you feel working with Mira on set, and what makes her a successful director?

Tabu: It felt like we were never away from each other and were just coming back. Mira feels like home and a family within my profession and industry. Coincidently Namesake showed in Toronto, and here we are again with ‘A Suitable Boy’. She is just the same, though with ten times more energy than she had in Namesake. It is always a celebration to work with Mira. When Mira offered me the role of a courtesan in ‘A Suitable Boy’, I stayed on. And then, the project kept getting bigger, and bigger and our family of actors kept getting larger and larger. Even though the courtesan has been an iconic part of Indian society, culture, entertainment, cinema, theater, it was different for me to explore her in new territory with Mira, Vikram, and Andrew and that was the most exciting part.

Besides her skills to get people together, she has an eye for talent and brings on board exactly the right people for her project, holds on to her relationships for all her people, she has worked with, for years and years. People have worked with her for 30 years and they are still working with her, and Mira has successfully extracted some great pieces of work. I know that even when I am 80 years old and if I am working in the movies, Mira will definitely work with me (everyone laughs). It is a beautiful thing, to be able to sustain a film family that keeps carrying on and with so much energy. One can totally depend on her aesthetic. I can close my eyes and go into a project and say Mira will take care of everything and will make a beautiful piece of work.

Geoff to Ishaan: With this being a period piece, do elements of production and aesthetic, whether it is art direction, or costume, or writing, help you as an actor embody your character?

Ishaan: I was very much supported by the elements of authentic production design, the costume, the location of the film, ‘A Suitable Boy’ which transports you, fuels the truth of performance, and reduces your work as an actor for yourself  and for the audience. Working with Mira, for the first time, I felt that everybody in the crew was very much in sync, and energized, a tone that the director sets. The thing that struck me in my first meeting with Mira was that she almost felt at par if not more energized than I was about that audition. (laugher) . It was quite striking and true. (cross talk and laughter). 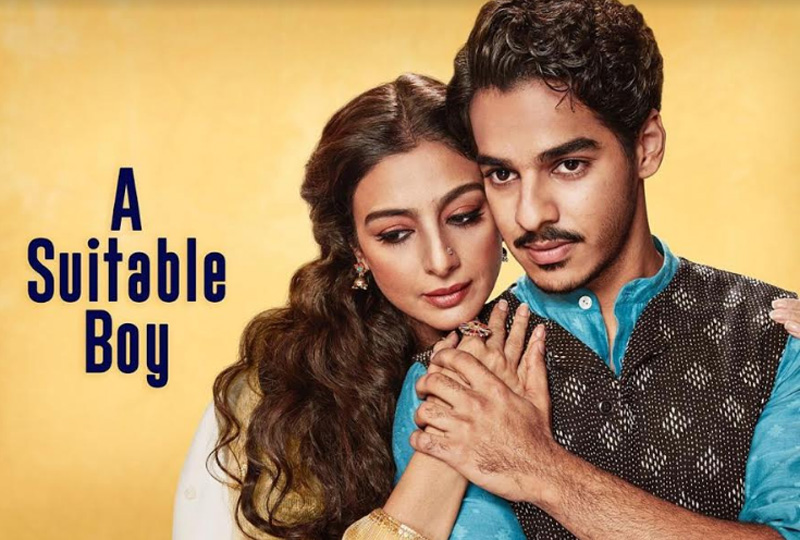 To Ishaan:  The relationship between you as Maan and your father played by Ram Kapoor, is one of love and pain, and visible tension between both of you in some of these scenes. Do you think you elevated each other’s performances in those scenes and how?

Ishaan: The scenes demanded a lot of collaboration between the two actors. Being an affable person, and a collaborative actor, Ram, who played Mahesh Kapoor, directly informed my performance as Maan, and both Ram and I appear as a real father and son. They have their differences, especially Mann, being a dark horse of the family made it difficult for the father to keep him under the same roof and under control. Though several layers of love, genuine involvement, affection, and empathy are revealed in these six episodes in six hours, the evolution of their relationships is very distinct.