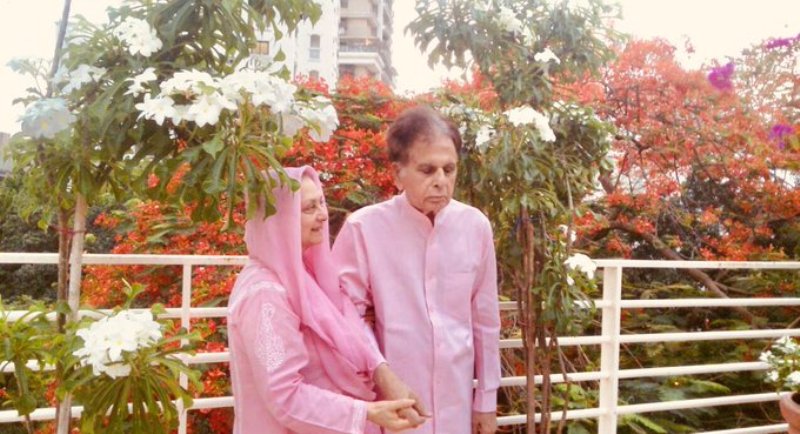 Mumbai: Actor Dilip Kumar on Wednesday shared a memorable image for his fans where he could be seen spending time with his wife actress Saira Banu.

The image has surely won several hearts on the social media.

Standing hand-in-hand, the couple beautifully posed in front of the camera for the picture.

Dilip Kumar's photo caption said he was wearing his 'favourite shirt' in the image.

Both Saira and Dilip Kumar could be seen wearing pink coloured dress in the image, making them look absolutely stunning.

"Pink. Favorite shirt. God’s mercy upon all of us," the caption read.

Pink. Favorite shirt. God’s mercy upon all of us. pic.twitter.com/04HyuDFfAB

In reel life, the couple has worked in several movies like Sagina Mahato, Gopi, Bairaag and Duniya.