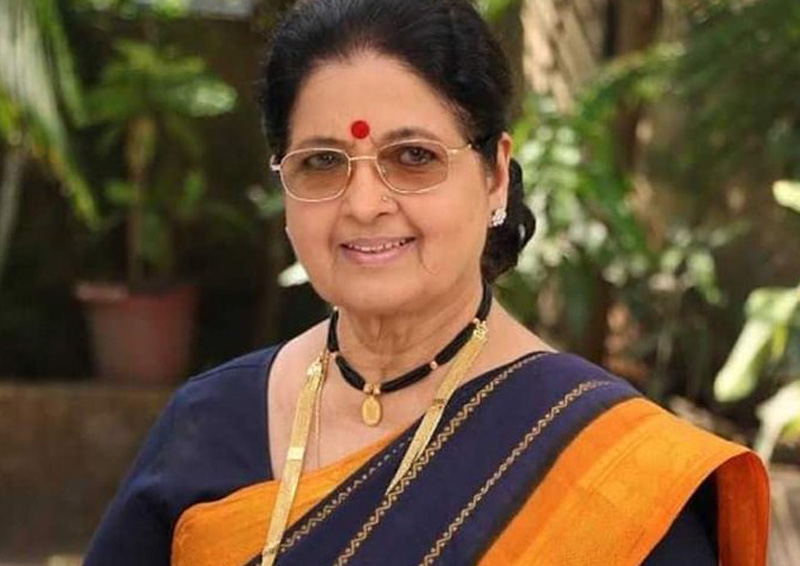 Family sources said that she was admitted to a private hospital in a critical condition last weekend following her COVID-19 diagnosis.

Popularly known as Ashalata, the Goa-born actress, had reportedly contracted the infection during the shootings of a television serial.

Maess Renuka Shahane took to Twitter to pay her tribute to Ashalata. She tweeted in Marathi, "Today has been a frustrating day. COVID-19 took a very beautiful life. Ashalata Tai merged into infinity. Extremely kind, loving, sensitive, great artist. Peace be upon the soul of Ashalata Tai, who has always blessed me by saying 'Baby'. A mahaheartfelt tribute."

Former Goa Chief Minister Digambar Kamat also shared his mourned the actress' death. "Deeply pained by the passing away of acclaimed Goan artist Ashalata Wabgaonkar. Her splendid performances in theatre & films will keep inspiring the generations to come. My condolences to her family & fans. May her soul rest in peace," he wrote.

Ashalata Wabgaonkar acted in several Marathi films and plays. In Bollywood, she starred in films such as 'Apne Paraye', 'Woh Saat Din', 'Namak Halaal', 'Zanjeer' and others.