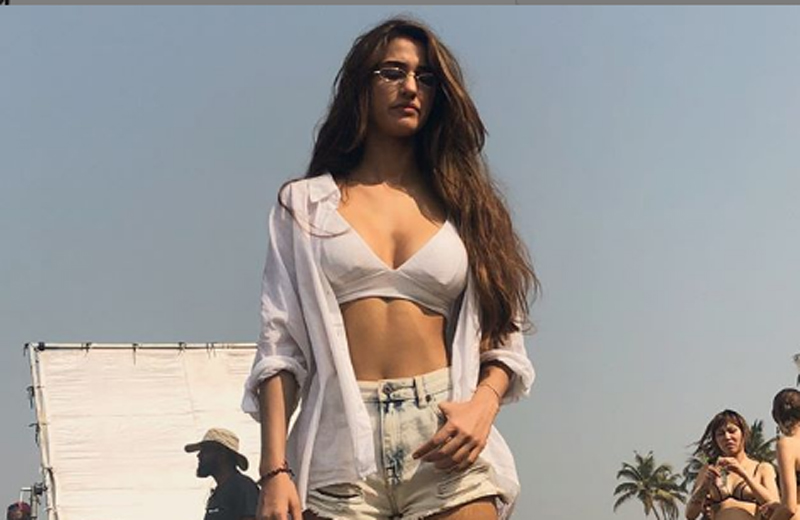 In the image, she could be seen sporting white tank top, a pair of denim shorts.

She also wore an oversized white shirt over them to look graceful in the image.

After making her Bollywood debut in the sports biopic M.S. Dhoni: The Untold Story (2016), she starred in the Chinese action comedy Kung Fu Yoga (2017), which ranks among the highest-grossing Chinese films of all time.

She went on to play the romantic interest of the lead male character in the commercially successful Hindi action films Baaghi 2 (2018) and Bharat (2019).