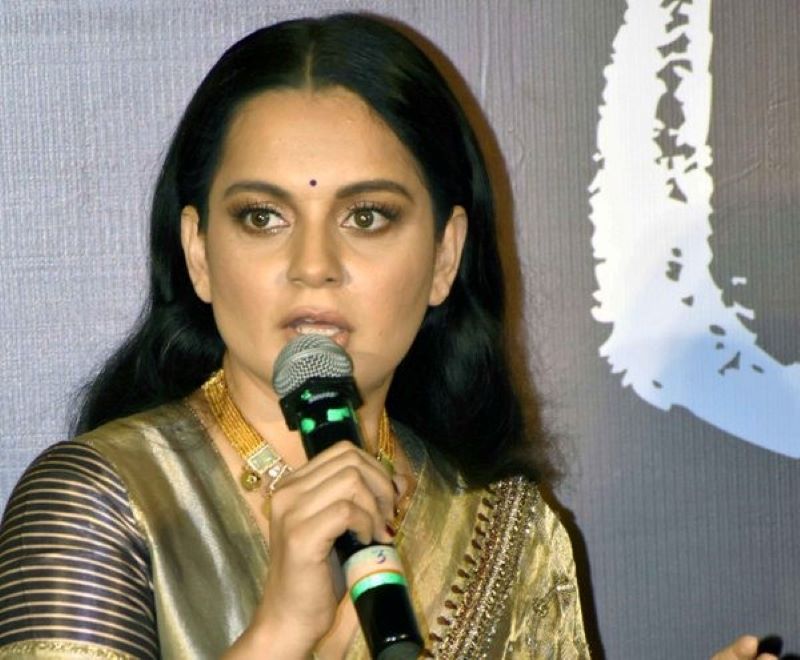 Nagma shared a post on Twitter on Thursday implying Kangana had always taken help from Bollywood personalities, who have a lineage in the Hindi film industry, to build her career.

The entire debate on nepotism was triggered by Sushant's suicide which according to Kangana was a result of favouritism in the B-Town and unfair attitude meted out to the 34-year-old actor.

Besides slamming the Bollywood biggies as responsible for the extreme step that Sushant took, Kangana had targeted some other actresses including Taapsee and Swara who also do not have any lineage in Bollywood.

Kangana told PinkVilla, "It is so sad. I do not know what to say because I have been in their place. People who come from outside, I have said it in my earlier interviews as well, we [outsiders] do not have the comfort of our parents’ houses. I am not Anil Kapoor or Mahesh Bhatt’s daughter.

"Or when you talk about Swara Bhasker, Taapsee Pannu or Richa Chadha, I understand they have bills to pay for their house; everybody is not and doesn’t want to live the kind of life I aspire. So, I do understand where they’re coming from and there are a lot of pressures."

Retweeting multiple videos on Twitter, Taapsee accused Kangana of having double-standards over the nepotism debate.

In the year-old videos, Kangana was heard having peace with star kids' privilege in the industry calling it a "quota" which she enjoys in some other fields.

Swara had responded in a tweet stating: "I’m managing everything by selling my needy soul.. except my pet food.. pls someone pls contribute? Dog faceCrying cat face."