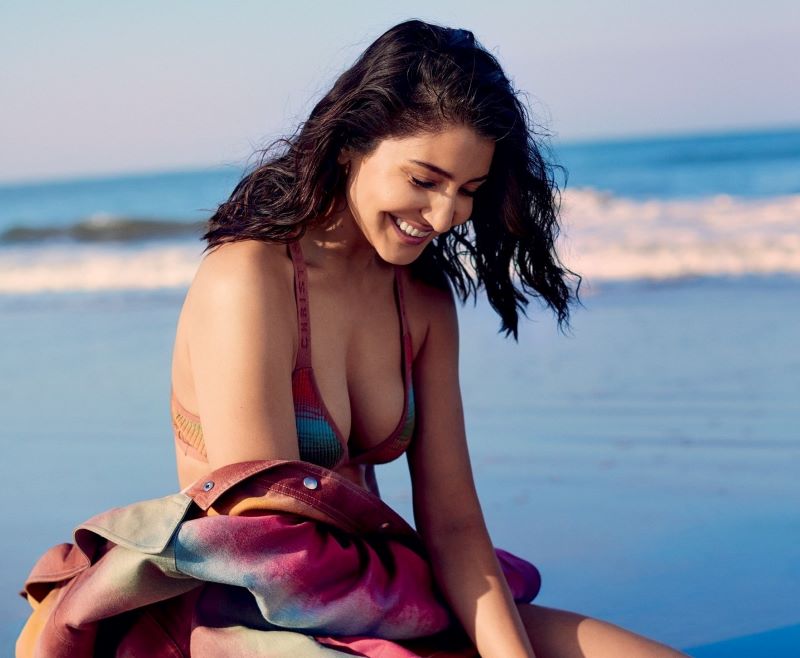 After Friday, Anushka shared yet another glamorous picture on social media on Saturday.

In one of the latest pictures from the photoshoot for Vogue India, Anushka is seen on a beach.

She captioned the picture saying, "SEA you soon!"