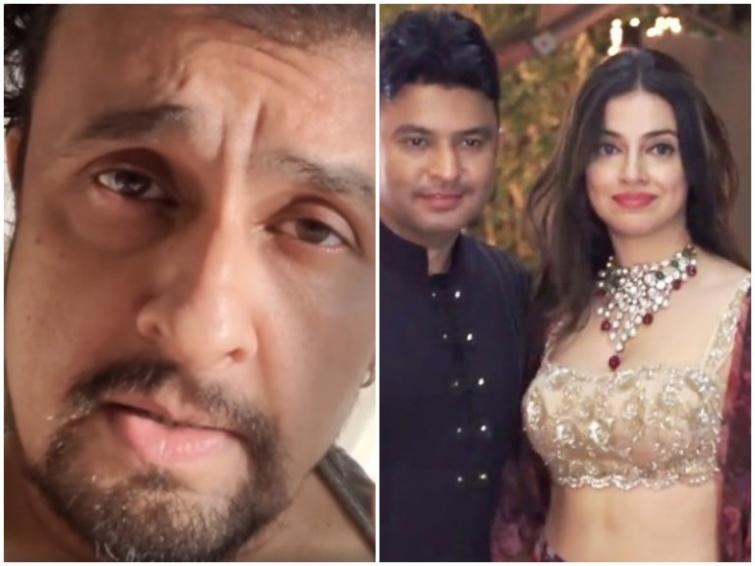 In his last video, he had not taken names but alleged that two 'mafias' exist in the music industry. He also urged them to be a 'little kind and humane to the newcomers' so that no singer, lyricist or music composer commits suicide like late actor Sushant Singh Rajput.

In a strong-worded video titled “Laaton ke MAFIA baaton se nahi maante”, Sonu said: "Now, I need to take Bhushan Kumar’s name. You’ve instigated the wrong person. You deserved to be talked down to like this. You forgot that time when you came to my home and pleaded me to do album 'Dewaane' for you."

"Do you remember how you pleaded me to introduce you to Sahara Shri Subrata Roy, Smita Thackeray, Bal Thackeray… Pleaded me to save you from Abu Salem. Your remember right how you pleaded to get saved from Abu Salem? I’m warning you not to get into tussle with me in any manner. Hope you remember Marina Kuwar. I don’t know why she backed out but media knows. I still have her video. Now if you mess with me, I will post that video on my YouTube channel. So now on don’t you dare mess with me,” said the singer who delivered top chartbuster albums with T-Series.

In the latest video, Sonu also slammed “six singers”, including Armaan Mallik, who released statements refuting his claims about the functioning of the music industry.

Responding to the video, Bhushan Kumar's wife, Divya Khosla has hit out at the singer and called him out for 'selling lies' to run a good campaign.

In an Instagram post, she alleged that the singer is "playing with the minds of the audience."

“Today it’s all about who can run a good campaign.. I'm even seeing people being able to sell lies and deceits with their strong campaigns.. #SonuNigam such kind of people know how to play with the minds of the audience.. God save our world,” she posted in her Instagram story. 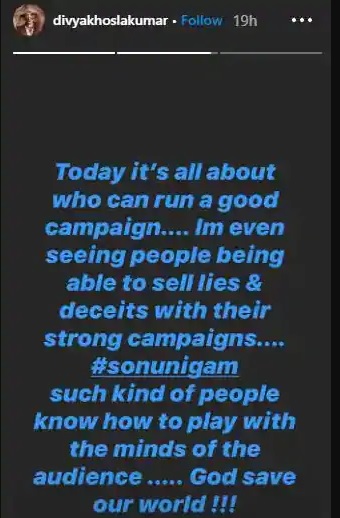