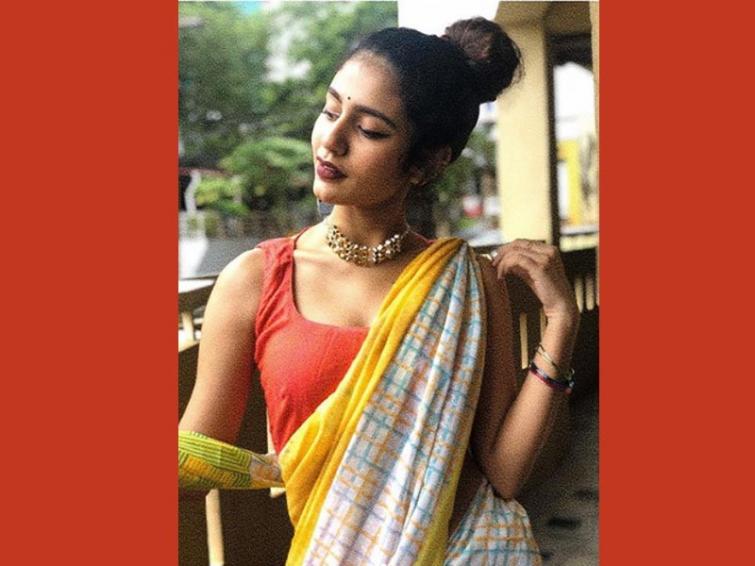 Chennai/IBNS: Her sensational wink video had clearly rocked the nation and made her an overnight sensation, now southern actress Priya Prakash Varrier is back to capture hearts with her new sari avatar image posted online.

In the image, Priya has simple draped sari in traditional style.

Needless to say the image is breaking the internet and the 'Wink Girl' of the country is back again to set the internet on fire.

The girl became an overnight sensation along with co-star Roshan Abdul Rahoof after a song clipping of 'Manikya Malaraya Poovi' from their debut Malayalam film 'Oru Adaar Love' went viral.