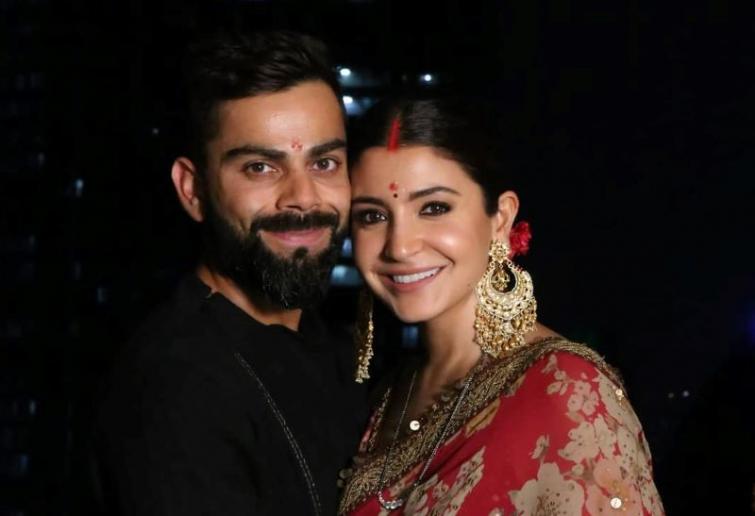 Mumbai/IBNS: Bollywood actor Saif Ali Khan came out with an admiration for Virat Kohli and Anushka Sharma as he thinks the celebrity couple is acing marriage.

When he was asked by his actress wife Kareena Kapoor Khan on her radio show What Women Want to name a couple which was "acing marriage", Saif said, "I like Virat and Anushka. I think they look really nicely balanced together. They seem happy. Maybe it’s because my parents (late cricketer Mansoor Ali Khan Pataudi and actress Sharmila Tagore) had a similar balance that I kind of appreciate that."

After years of dating, Indian cricket captain Kohli tied the nuptial knot with Bollywood actress Sharma in Tuscany, Italy, in 2017 away from media glares.

Kohli and Sharma often share pictures of their vacations on social media leaving their fans amazed.

On the work front, Saif was last seen in Jawani Jaaneman which also stars Tabu and Alaya Furniturewala.

He was also a part of successful Bollywood film Tanhaji: The Unsung Warrior which released in January 2020.