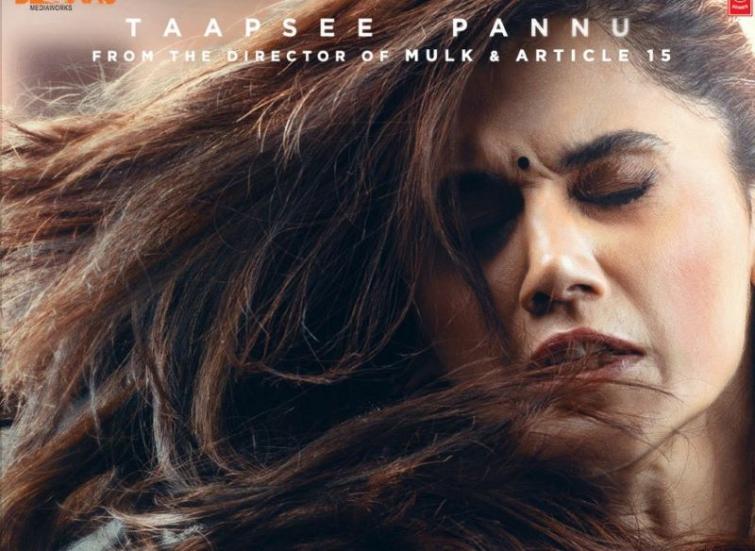 In the poster, which was shared by the actress herself, Pannu is seen in a much different look with a bindi on forehead.

The trailer of the film will be released by the makers on Friday.

The film will be directed by Anubhav Sinha who is widely known for his previous projects Mulk and Article 15.

After Rishi Kapoor starrer Mulk, Thappad is the second film where Pannu is working with Sinha.

The project will also be produced by Sinha along with Bhushan Kumar.

Thappad is slated to release on Feb 28.