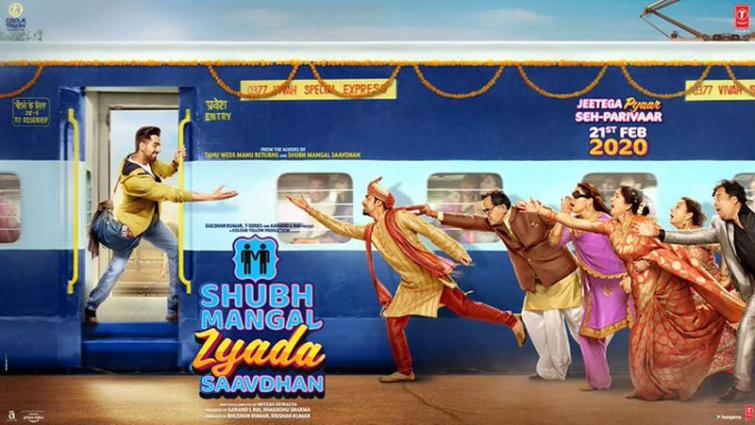 Mumbai/IBNS: Makers of upcoming Bollywood movie Shubh Mangal Zyaada Saavdhan, which features actor Ayushmann Khurrana in the lead role, released  the trailer of it on Monday.

Two new posters of the film were also released by its makers.

The movie, which is directed by Hitesh Kewalya, will release on Feb 21.

Actress Bhumi Pednekar will make a special appearance in Shubh Mangal Zyada Saavdhan which is themed on homosexuality.

Ayushmann had a wonderful 2019 where his three released movies emerged as smash hits at Box Office.