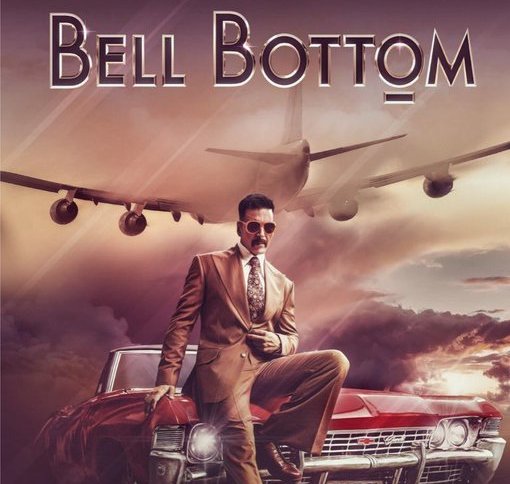 Mumbai/IBNS: Bollywood actor Akshay Kumar has been trending all day after he revealed the first look of his new film 'Bell Bottom' on Monday.

The internet seems to not stop praising Akshay's new look from the film.

Sharing the first poster of the film, the versatile actor tweeted: "Get ready to go back to the 80’s and hop onto a roller-coaster spy ride, #BELLBOTTOM! Releasing on 22nd January, 2021."

Akshay also made it clear that the film is not a remake but original screenplay.

"#BellBottom is not a remake of any film, it is an original screenplay inspired by true events," he tweeted.

#BellBottom is not a remake of any film, it is an original screenplay inspired by true events. https://t.co/u4ADS8jf9N

One of the first reactions came from his co-star for several films, Riteish Deshmukh.

In a tweet, the comedy star posted: "Is there anything this man can’t do?  kick-ass first look of #BellBottom @akshaykumar
All my favourite producers are joining hands to bring this biggie to the big screen."

Thank you brother for always cheering me on. You’re an amazing friend. Big hug ðŸ¤— https://t.co/XdIHfd35ZN