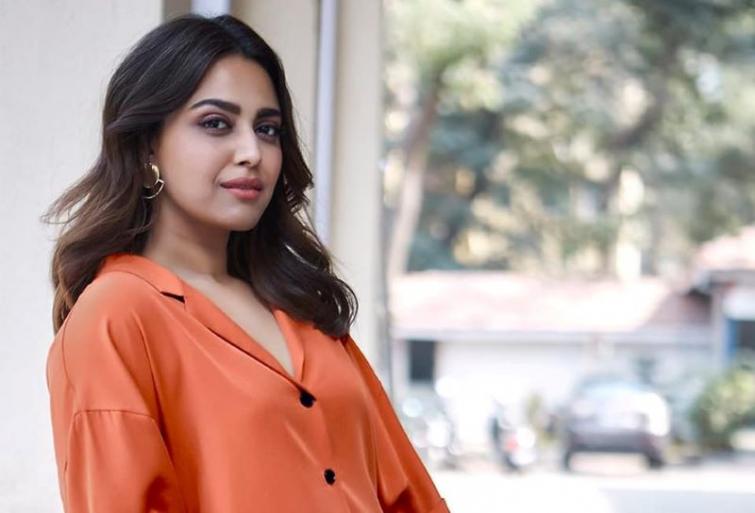 Mumbai/IBNS: Actress Swara Bhasker is in the midst of a controversy for using abusive words about a child at a show hosted by stand-up comedian Abish Mathew.

While speaking at a show sitting beside other stand-up comedian Kunal Kamra, Swara recounted her experience of participating in an advertisement of a soap with a four-year old child.

While describing her experience, the actress called the child as "ch**tia" and "kamee*a" for calling her "aunty". She also said children are "evil".

Twitterati didn't hold back but slammed the Veere Di Wedding star for using such words for a child.

One Harshit said, "u should be ashamed of urself @ReallySwara ..Chullu bher pani me dub mer.Calling 4 yr old child ch*tiya, k*mina, evil shows ur cheap mentality.. U re a cheap person.. "

Swara was earlier trolled after the results of the 2019 General Elections came out as all the candidates including CPI's Kanhaiya Kumar for whom she had campaigned were defeated.