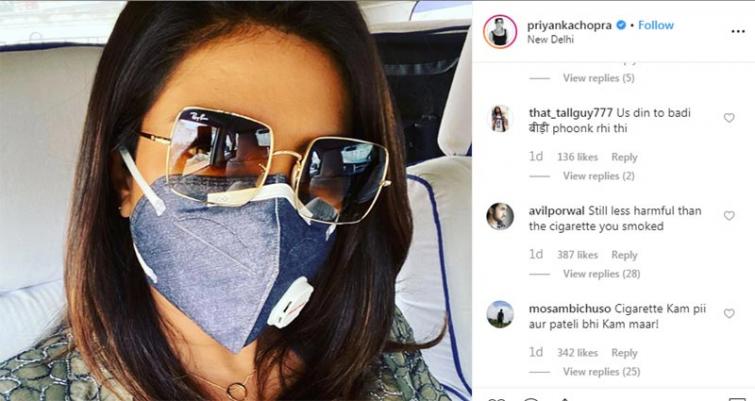 Priyanka is currently visiting the national capital to shoot for a Bollywood movie.

The air pollution trouble in the national capital has been grabbing headlines across the globe in recent times.

However, the image did not go down well with many netizens who targeted her over an image which had surfaced online earlier where the Dostana star, who suffers from asthma, could be seen smoking a cigarette.

One netizen wrote under her image in the comment section: "
Still less harmful than the cigarette you smoked."

Another netizen posted: "I wonder what you do while you smoke."

Priyanka will soon be seen in a Netflix project based on Aravind Adiga's book The White Tiger. Actor Rajkummar Rao is a part of the project. She is in New Delhi for the shooting of it.

Priyanka was last seen in Shonali Bose's The Sky Is Pink.