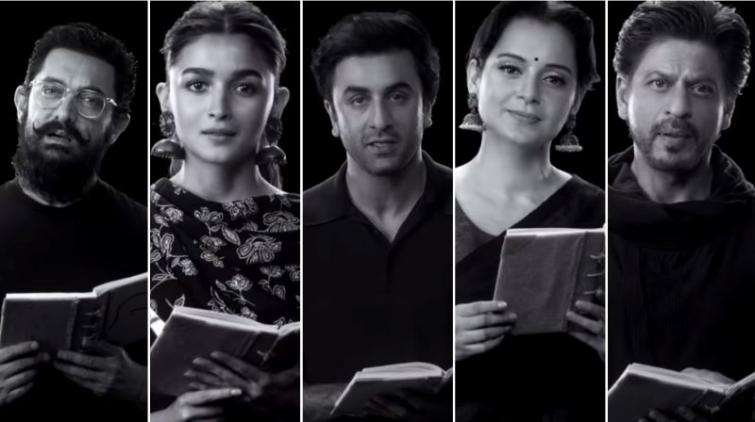 New Delhi/IBNS: In an unprecedented event, a chunk of Bollywood fraternity gathered at Prime Minister Narendra Modi's residence last Saturday to promote Mahatma Gandhi's ideologies on the occasion of the Father of the Nation's 150th birth anniversary which took place on Oct 2.

Filmmaker Rajkumar Hirani, whose films were known for reintroducing Gandhi's ideals as Gandhigiri in modern times, made the video.

With hashtag #ChangeWithin, the Prime Minister said on Twitter, "The film fraternity comes together to pay tributes to Mahatma Gandhi! #ChangeWithin is an excellent effort, which will add momentum towards ensuring Gandhi Ji’s message reverberates far and wide. It will also inspire citizens to take up causes dear to Bapu."

The film fraternity comes together to pay tributes to Mahatma Gandhi!#ChangeWithin is an excellent effort, which will add momentum towards ensuring Gandhi Ji’s message reverberates far and wide. It will also inspire citizens to take up causes dear to Bapu. pic.twitter.com/cS0RRekqTd

On a glittering Saturday, all the celebrities were under the same roof, with likes of Shah Rukh Khan, Aamir Khan to Jacqueline Fernandez, Ekta Kapoor clicking selfies with Modi amid the warmth and cordial exchanges.

The Prime Minister also had an interaction with the actors over the artists' role in spreading Mahatma Gandhi's ideologies. 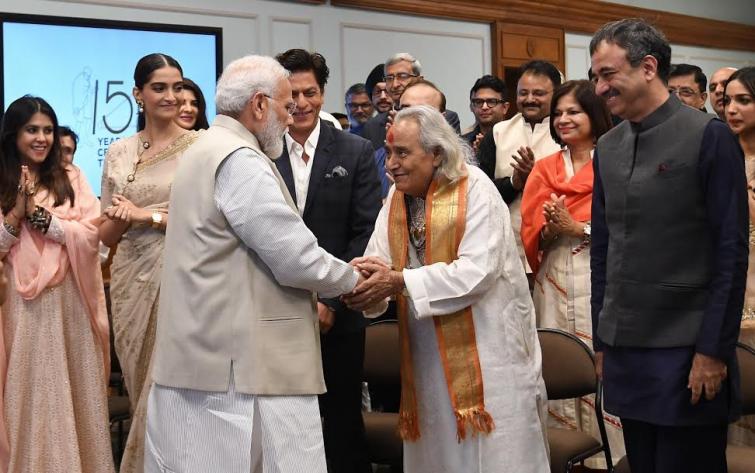 Bollywood superstar Shah Rukh Khan also thanked Modi for having an open discussion with film personalities on the role artistes could play in spreading the messages of Mahatma Gandhi. 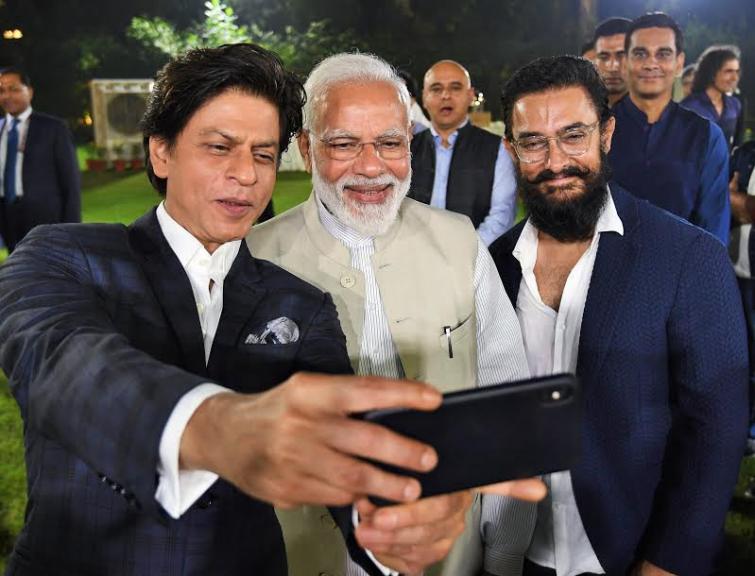 In an interactive session, Modi urged the film and entertainment industry to channelise its energy to make entertainment, inspiring and creative woks that can motivate the ordinary citizens. He reminded them of their immense potential and their ability to bring about a positive transformation in the society.

Highlighting the impact of Mahatma Gandhi in the present day, the PM said that if there is one thought, one person, who could establish a connect with people all over the world, it is Gandhiji. 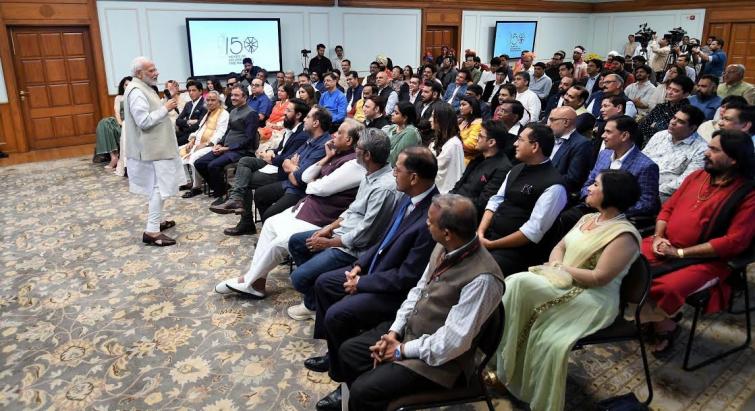 Recalling the Einstein challenge proposed by him, Mr Modi urged the film fraternity to use the marvel of technology to bring Gandhian thought to the forefront. 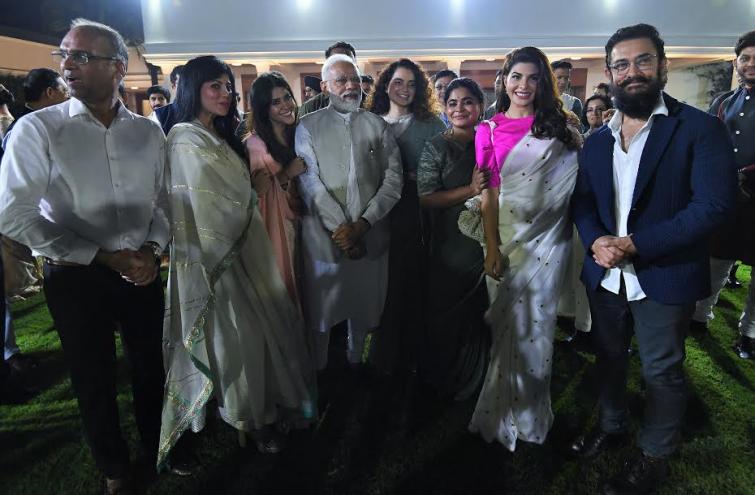 He further exhorted the film fraternity to utilise their soft power potential to promote tourism in India.

The PM outlined India is going to celebrate the 75th anniversary its independence in 2022. In this regard, he requested the gathering to showcase the inspiring stories of India’s freedom struggle from 1857 to 1947 and India’s growth story from 1947 to 2022. He also underlined the plan to host an Annual International Entertainment Summit in India.