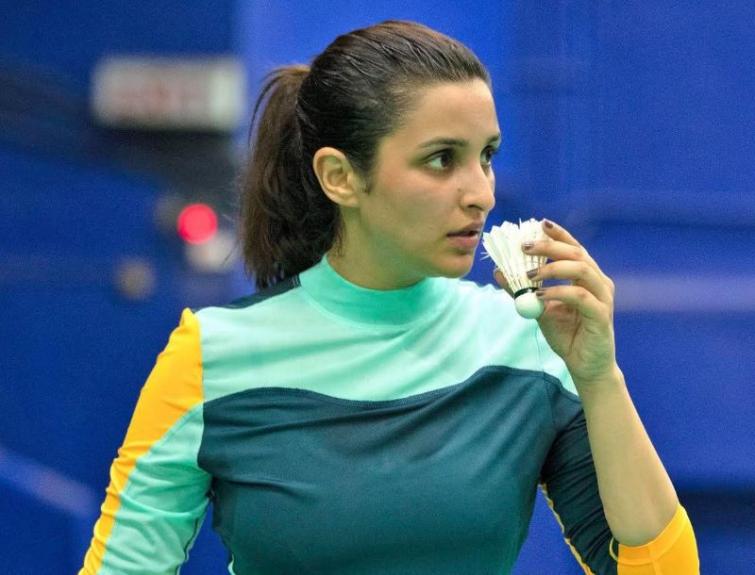 Mumbai: After wrapping up her upcoming thriller in London last month, Parineeti Chopra has returned to the Bay and immersed herself in prep for her next, the Amole Gupte directed Saina Nehwal biopic.

Mirror has learnt that the actress will kick off the film on Oct 11 in Mumbai.

“I have netted a really good talent who has the acting prowess to play Saina,” exults Amole, informing that the first day’s shoot will be at the International Institute of Sports Management, Nilesh Kulkarni’s institution where of the 600 students, 85 per cent are national or statelevel players. “In the first scene, Parineeti as Saina will be answering questions from the fraternity, including journalists, students and sports management people.”

The actress has been practising since the last six months to step into the shoes of the Olympian shuttler, taking her coach Eshan Naqvi with her to London.

Eshan’s seniors from various academies in Mumbai have also been training Parineeti, including Shrikant Vad who was Saina’s first mentor from Mumbai, back in 1998 when she was training at the Syed Modi Badminton Academy which he runs. Parineeti has been training on the same court in Thane. She has dedicated two hours a day to the sport with the best of the coaches at the academy and the Khar Gymkhana to ensure that she looks convincing playing badminton on screen.

“I’ve put all my energies prepping for this role, something I’ve never done for the 10-12 films that I’ve worked in previously and in the process I have finally discovered the person I am and the actor. I’m really excited to start Saina. I think it will be a life-changing experience,” said the actress.

Bhushan Kumar, who is producing the film with Krishan Kumar, said he has seen several clips of Parineeti’s training and she is doing a fabulous job. “On Oct 11, we roll, and Parineeti will juggle between her shoots and practice to keep her game up,” he asserted.

Shraddha Kapoor was earlier supposed to play Saina. “I had met Saina when she was in Mumbai for Father’s Day and when it was mentioned that Parineeti would be playing her on screen, she was really excited. I concur with her,” beams Amole.

In 2015, Saina became the World No 1. Few months later, on Aug 15, Amole started reading her autobiography.

The film will be shot over the next four months.

“I make films for a family audience and for that I need children to be free, be it the summer or Diwali vacation. While we have not locked a date, I’m focused to deliver the film by summer next year,” Amole said.