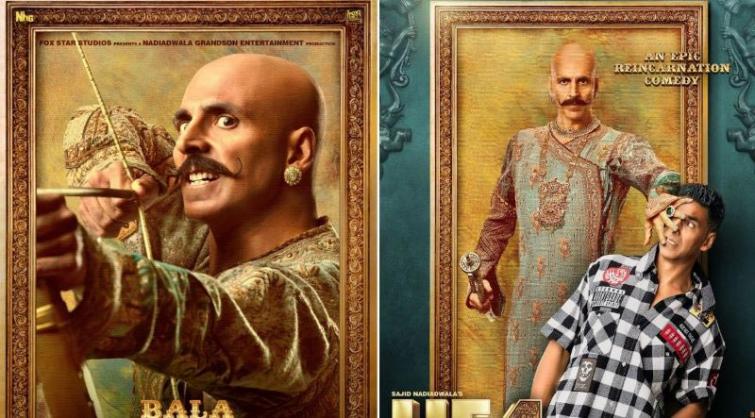 Mumbai: Bollywood actor Akshay Kumar will be seen in a double role as Bala and Harry in HouseFull 4, the first look poster of which was released on Wednesday.

The poster not surprisingly hints at a comic tale of the film.

Akshay tweeted, "Miliye 1419 ke Rajkumar Bala aur 2019 ke London return Harry se! Witness how they embark upon this journey of ultimate chaos, confusion and madness in the #Housefull4 Trailer. Out on 27th September."

The trailer of HouseFull 4 will release on Sept 27.

The film has been directed by Farhad Samji and produced by Sajid Nadiadwala.