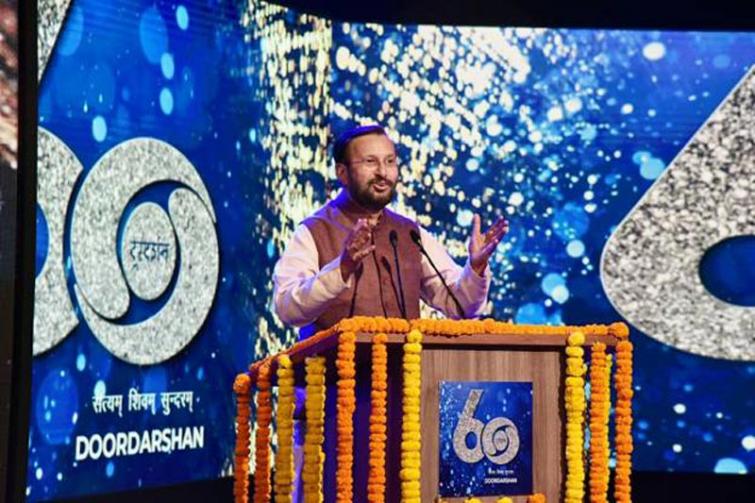 Speaking on this occasion, Javadekar highlighted the role played by Doordarshan in its journey of last sixty years.

He reminisced about the programmes of Doordarshan while highlighting how it has continued to enthrall audiences over the decades.

He talked about the modern technological changes brought about by Doordarshan by adopting digital means and becoming available in the palm of each individual through its mobile app.

He also talked about the immense growth of DD Free Dish and how every channel now aspires to be showcased on the platform.

Highlighting that credibility is the USP of Doordarshan, Javadekar said that DD India will soon be available all over the world.

Stating that improving quality of content is important, he lauded Prasar Bharati for the decision to bring in Creative Heads in Doordarshan.

Amit Khare, Secretary, Ministry of Information & Broadcasting, said that both Doordarshan and DD News have evolved with time through adoption of latest technologies.

Highlighting that Doordarshan is the largest public broadcaster, he said that in today’s age of breaking news, Doordarshan has been able to maintain its tradition of providing accurate and uptodate information to its viewers.

Shashi Shekhar Vempati, CEO, Prasar Bharati said that Doordarshan is getting younger through engagement with younger audience. He highlighted Doordarshan’s foray in the digital space with a focus on making video available on demand.

DD India now available in the Republic of Korea