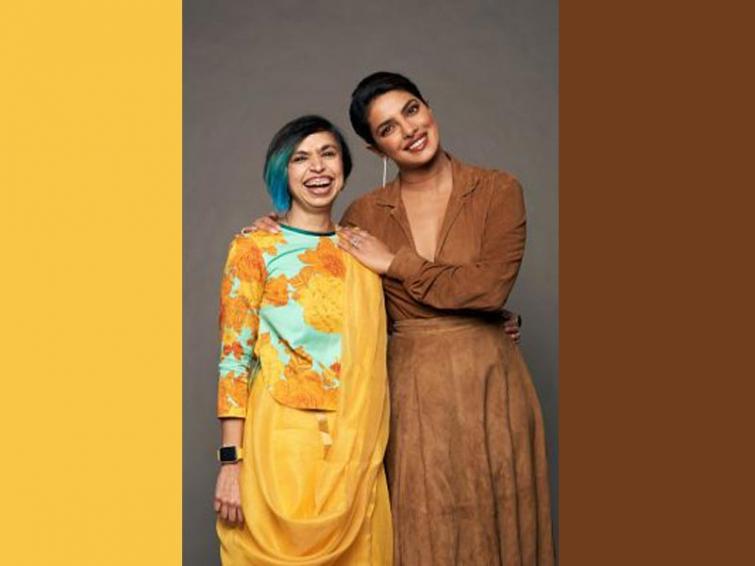 Mumbai: Filmmaker Shonali Bose is all set to bring another unconventional story ‘The Sky Is Pink’ to the silver screen.

The film was screened at the Toronto International Film Festival (TIFF) 2019 where they received a standing ovation.

Speaking about the real Chaudharys who were also present at the premiere, the director revealed that she was not nervous to show them the film. She said, “Yes, they were there and hosted a dinner event for us last week where everyone got very emotional. I was not at all nervous about showing the film to them because they had seen the rough cuts. I’d have been terrified otherwise!’’

Commenting on the first time she showed them a cut, the director says, “The first thing I showed them was the scene of the day their child dies and how each of them reacts. They watched it while I stood outside the edit room nervously. When they came out, they hugged me and wept in my arms, saying that I’d captured it exactly as it happened.

It’s difficult to capture somebody else’s memory about the loss of their child, I know how it is, having lost one myself.’’

The Sky is Pink is produced by RSVP and Roy Kapur Films, in association with S K Global and Purple Pebble Pictures. Starring Priyanka Chopra Jonas, Farhan Akhtar, Zaira Wasim, and Rohit Saraf, the film is slated to release on October 11.