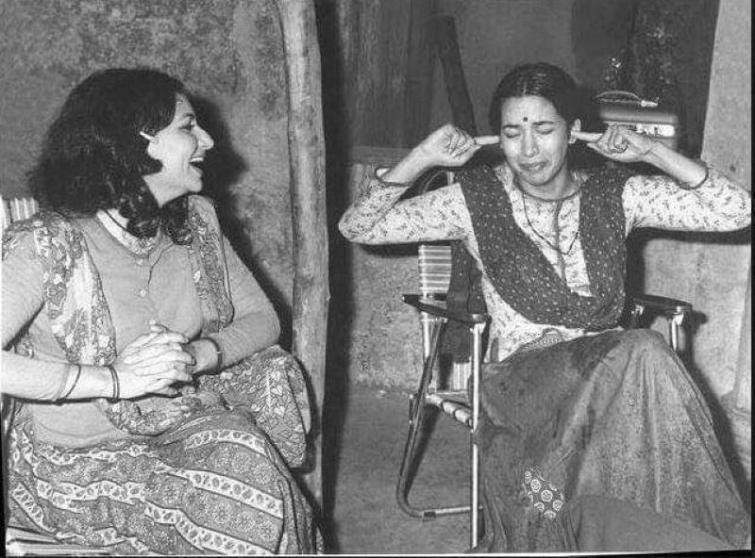 Just by looking at the image, one can easily decipher the two co-stars were simply having some fun time on the sets of 1982 film Namkeen. In the picture while Tagore is seen laughing, Azmi keeps her fingers on her ears to avoid listening apparently.

"Goofing about on the sets of #Namkeen," Azmi captioned the image.

Goofing about on the sets of #Namkeen pic.twitter.com/nX9ZcKmsYF

Actress-author-interior designer Twinkle Khanna, who is known for her witty remarks, came out with a comment asking the two actresses to reveal the reason for Azmi's such a reaction.

Twinkle said, "I want to know what was so salacious that you are refusing to let it enter your system !!"

I want to know what was so salacious that you are refusing to let it enter your system !!

Apart from Tagore and Azmi, Namkeen, which was directed by Gulzar, starred Sanjeev Kumar and Waheeda Rahman in the lead roles.