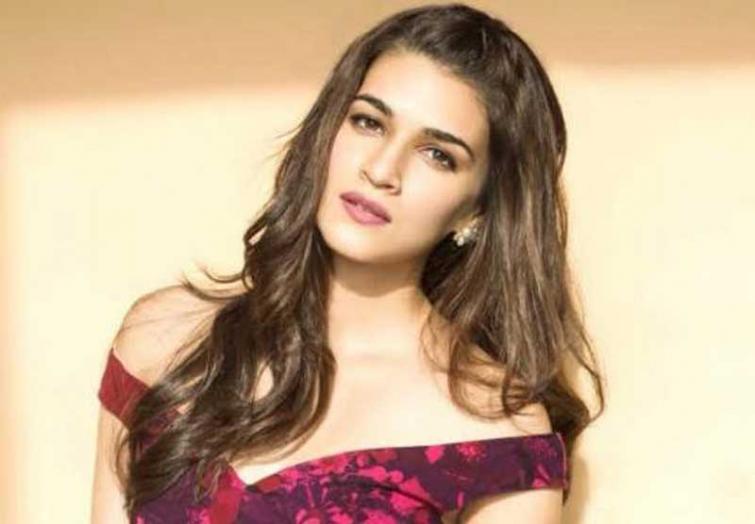 I am not hunting for love: Kriti Sanon

Mumbai, Aug 31 (IBNS): Actress Kriti Sanon in a recent interview with Filmfare spilled some beans about her personal life.

When she was asked about her love life, Kriti, who has been busy in shooting a series of films, said she wants love but is not hunting for it.

She said, "Honestly, I’d love to fall in love. But I’m not hunting for it. I’m happy and busy in my life. I’m excited about other things. But at the same time, I’m not closed to the idea of love. It’s not like I’m focussing only on my career and I don’t want love. Love is a beautiful feeling. But with the right person."

Kriti also said it is "weird" that actors do not get much opportunity to meet people outside the film industry.

When asked by Filmfare whether she would consider marrying an actor, Kriti said, "It’s a tricky question because you end up meeting only actors or film people. I’m either on the sets or attending some film party. It’s weird we don’t meet anyone outside the industry....."

"...Here you end up meeting a lot of good-looking people. For me loyalty matters a lot."

On the work front, Kriti is waiting for the release of Housefull 4 and is working for Panipat.

Also she will pair up with Pankaj Tripathi in Laxman Utekar's next film Mimi, which will be based on surrogacy.

"This will be the first film, which will ride on my shoulders as the protagonist is a girl. It’s challenging. I’m nervous about it," the actress spoke about her role in Mimi.