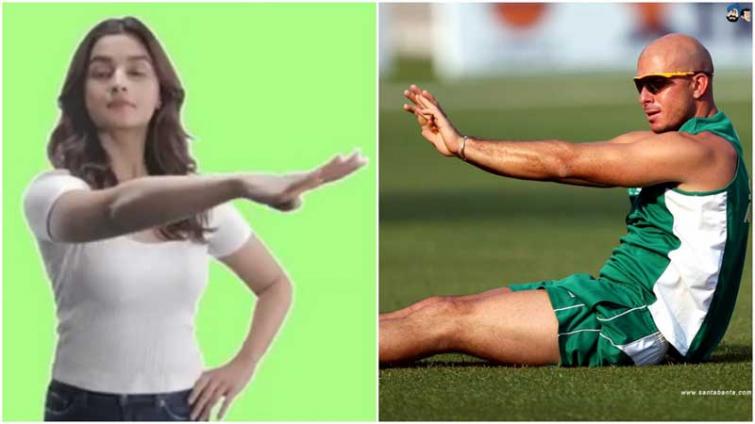 Mumbai, Aug 28 (IBNS): Bollywood actress Alia Bhatt remained the talk of the town in the world of the internet after former South African batsman Herschelle Gibbs, without knowing her, shared a funny GIF on Tuesday, triggering a debate on the social media.

It all started with Gibbs sharing a GIF featuring Alia and tweeted: "That feeling when @Twitter likes your tweet."

When Twitter users asked whether he knew Alia, the cricketer answered with yet another GIF: "Didn’t know you were an actress
@aliaa08 but nice gif ."

Didn’t know you were an actress @aliaa08 but nice gifðŸ‘ðŸ‘ https://t.co/XEUxALcR34

Alia now shared a funny GIF featuring her where she could be seen signaling four runs.

Gibbs once again became active on Twitter and said: " I deal in 6s madam not fours."

In his last tweet, Gibbs said the interaction was all in 'good spirits'.

Gibbs is one of the best opening batsmen to play the game for South Africa.