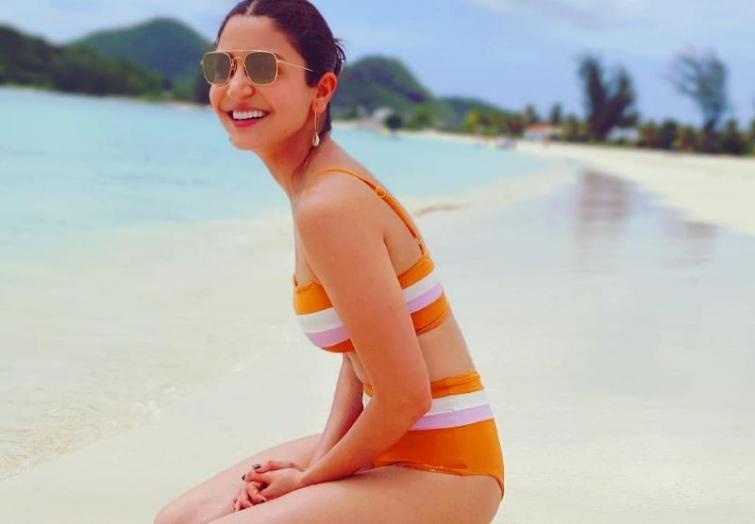 In the image shared by Anushka on social media, the actress is seen sporting a bikini and sitting on a beach. She captioned the image saying, "Sun kissed & blessed ðŸ§¡â›±ï¸"

Soon after the image was posted, Indian skipper Virat Kohli commented with a heart sign.

Anushka is presently taking a break from her films and accompanying her husband on his cricketing tours.

After dating for few years, Anushka and Kohli got married in 2017.

On the work front, Anushka was last seen in Zero, which also starred Shah Rukh Khan and Katrina Kaif in the lead roles.