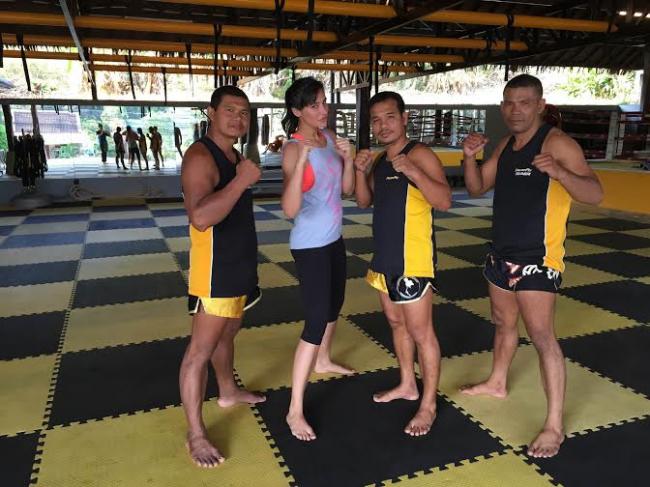 It's Action Time for Nargis...

India Blooms News Service | | 19 Feb 2015, 12:10 pm
#Nargis Fakhri, # Action Time for Nargis
Mumbai, Feb 19 (IBNS): It's always a sight for sore eyes to see some of the hottest and fittest women take on action avatars on celluloid. Remember Angelina Jolie as Lara Croft, Anne Hathaway as Catwoman? Well it seems like our very own Desi hottie Nargis Fakhri seems to be getting set to join the ranks as well.

An insider source revealed that Nargis recently visited a Muay Thai boot camp for 12 days in Phuket to learn the core of the form.

Known for her astute sense of fitness, this is something she absolutely wanted to do and since she found a little breather in her schedule amidst her brand shoots, international appearances and film meetings, she decided to take it on. She disconnected completely from everyone for those 12 days to focus on getting the essence completely.

However, we are also told that this maybe prep for one of her upcoming Bollywood films, which are soon to be announced, where she will be showcasing her flair for action and perform quite a few stunts herself on screen.

The trailer of her Hollywood outing Spy co starring Jude Law and Jason Statham and Melissa McCarthy also shows one of the scenes where Nargis is seen amidst a stunt sequence. It is believed to be one of a few of her action scenes in the film.