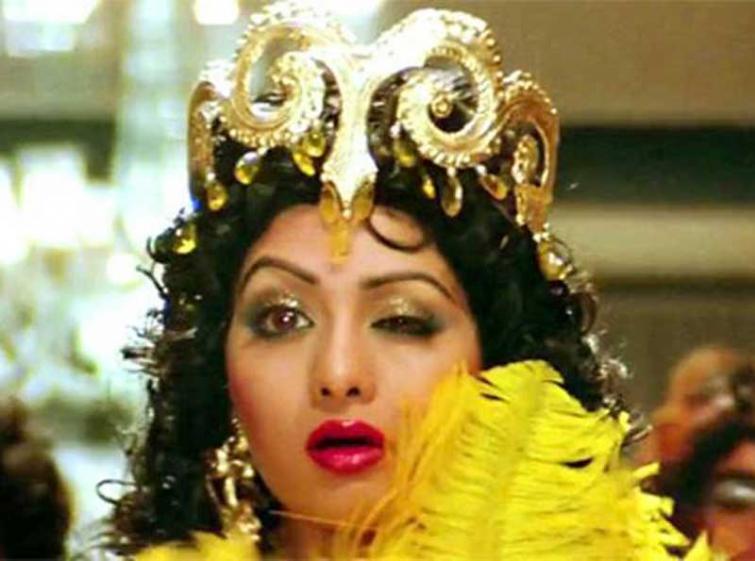 Kolkata, Aug 13 (UNI) She sold dreams like few others could. She had raised the oomph factor to a towering level. And then a rather mysteriously tragic end snatched one of Bollywood's legendary screen goddesses rather prematurely early last year.

Nearly a year and half after Sridevi's sudden death Penguin Random House India today (on the birthday of Sridevi) announced the acquisition of the book on the iconic Indian cinema legend, written by author and screenwriter Satyarth Nayak and approved by the star's husband Boney Kapoor.

Titled Sridevi: Girl Woman Superstar, this book recounts the life and times of the actor who changed how women stars were perceived in a patriarchal film industry. The book will be published under the Ebury Press imprint of Penguin Random House this October and is available for pre-order on e-commerce websites.

Ebury Press is one of the country’s most successful imprints dedicated to discovering, publishing and building the best voices in popular fiction and non-fiction.

Sridevi embarked on her career in the movies when she was barely four years old and went on to become the numero uno movie star in Hindi, Tamil and Telugu cinema, simultaneously. Her body of work has firmly established her as one of the most iconic screen goddesses of India, with the roles and characters she played becoming cultural touchstones for generations of fans and aspiring actors alike.

Author Satyarth Nayak, said, "I have always been a huge admirer of Sridevi and this book gave me the perfect opportunity to celebrate the journey of India's beloved screen goddess. It was wonderful interacting with various film personalities that she worked with over the years and put together their memories and stories into a narrative that charts her saga from a child star to India's first female superstar."

"What I am proud of is that besides her legendary innings in Hindi cinema, this book for the first time delves deep into her iconic body of work in Tamil, Telugu, Malayalam and Kannada cinema. I am sure this comprehensive narrative on Sridevi will be embraced by millions of her fans from across the globe. I am indebted to Penguin for sharing my vision for this book, and would especially like to thank Boney Kapoor for being a pillar of strength in helping me realise my dream," Nayak added.

Commemorating Sridevi’s larger-than-life magic spread over five decades, Satyarth Nayak will give readers an up-close-and-personal look into both the phenomenon and the person. With exclusive access to her family, friends and co-stars in the film fraternity, the author will track Sridevi’s journey from child star to prima donna who redefined the heroine. The book will not only chronicle her journey and successes in the industry but also her innings after her glorious comeback in 2012 with English Vinglish.

Milee Ashwarya, Publisher, Ebury Publishing and Vintage Publishing, Penguin Random House India, said, "Sridevi has been the quintessential superstar with a fascinating journey from a child star to the undisputed goddess of the silver screen. Few actors can match the screen presence, comic timing, versatility and beauty that she stood for."

"She left us too early but continues to live on in the hearts of millions of her fans. Sridevi by Satyarth Nayak is a tribute to the actor and a gift for her fans. I would like to congratulate and thank Satyarth for painstakingly researching and beautifully narrating the life journey of one of India’s most iconic actors. I am delighted and excited to be publishing the book."

Satyarth Nayak is an author and screenwriter based in Mumbai. A former SAARC Award–winning correspondent with CNN-IBN, Delhi, he holds a master’s in English literature from St. Stephen’s College. Satyarth’s debut novel, The Emperor’s Riddles, released in 2014 and became a bestselling thriller. His short stories have won the British Council Award and appeared in Sudha Murthy’s Penguin anthology Something Happened on the Way to Heaven.