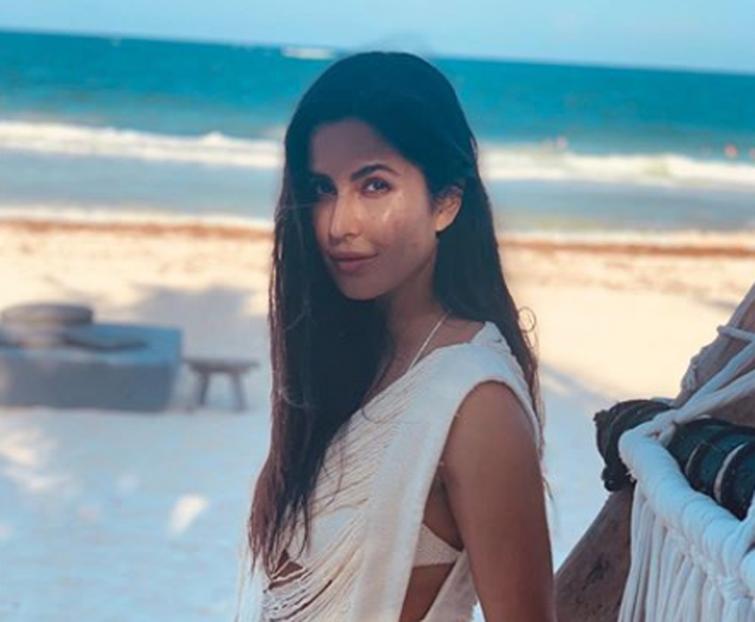 It seems from the picture that Katrina is enjoying her birthday in the beach destination.

Katrina's caption for the image was equally interesting as it had a cake emoji, the Mexican national flag and a yellow heart emoji which perfectly expressed her emotions.

Katrina, who made her Bollywood debut in 2003 with the movie Boom, was last seen in the film Bharat, which also featured Salman Khan. The film earned praises from fans.

Salman and Katrina, the pair is considered as one of the most popular onscreen couples in B-town, did not fail to deliver this time with their movie Bharat that hit the silverscreen during Eid celebrations.

The movie emerged as one of the most successful films at the Box Office this year.

She will next feature in Akashay Kumar starrer Sooryavanshi.

The movie si scheduled to release next year.

Born to Kashmiri father Mohammed Kaif and British mother Susanna Turquotte, Katrina began her modeling career in Hawaii at the age of fourteen and her first assignment was for a jewelry campaign.

She continued modeling in London under a contract with the Models 1 Agency and did campaigns for houses such as La Senza and Arcadius, and even walked the ramp at the London Fashion Week.

Katrina, who could hardly speak Hindi, has managed to grab the language well over the years and is determined to carve a niche for herself in the industry.

From acting to item songs, Bollywood's 'Sheila' has won accolades with her beauty and screen presence.