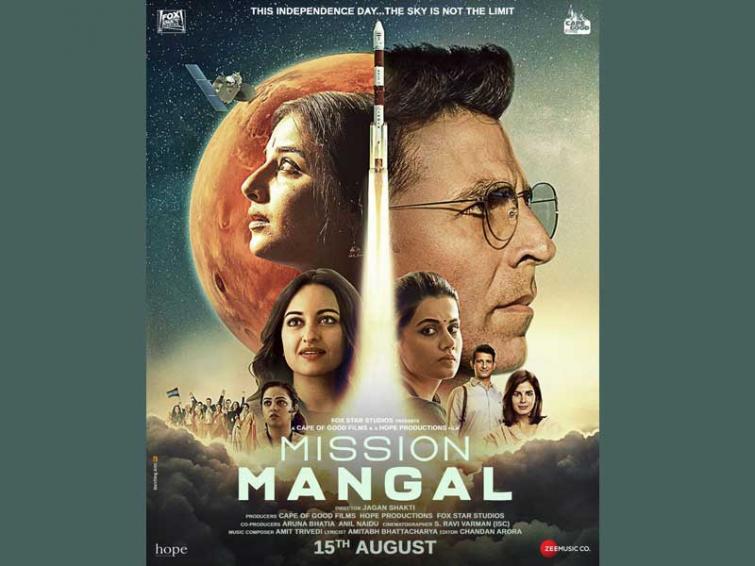 Mission Mangal trailer to come out on July 18; take a look at new poster

Ahead of the trailer's release, a new poster of the film has been made public by the makers.

The film is directed by Jagan Shakti and jointly produced by Akshay Kumar, R. Balki, Aruna Bhatia, and Anil Naidu. It is slated to release on August 15 on the occasion of Independence Day.