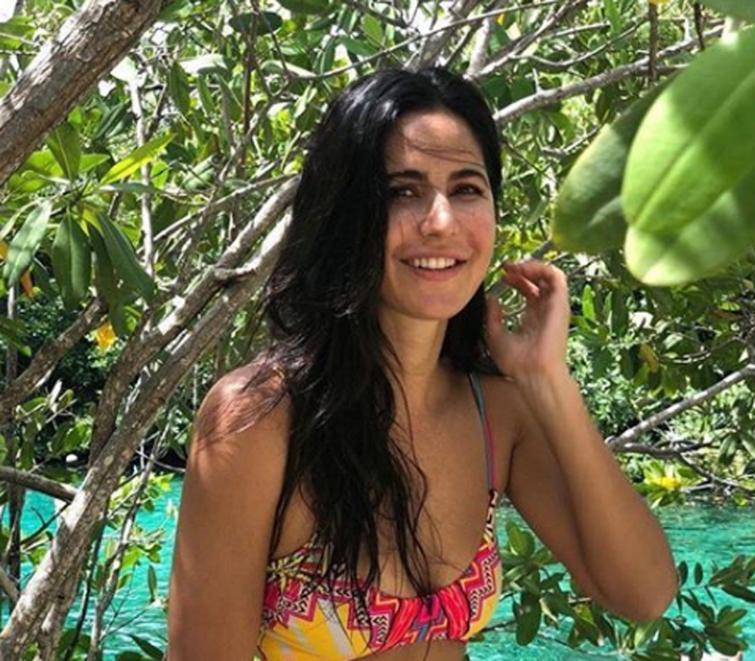 Mumbai, July 14 (IBNS): Bollywood beauty Katrina Kaif on Sunday raised the temperature on the social media as she shared a sizzling image of herself sporting a multi-coloured bikini.

Earlier, Katrina had shared an image of herself wearing a blue bikini.

The blue exotic sea could be seen behind her.

The film also featured Salman Khan in the lead role.

Bharat is one of the major hits of the year.