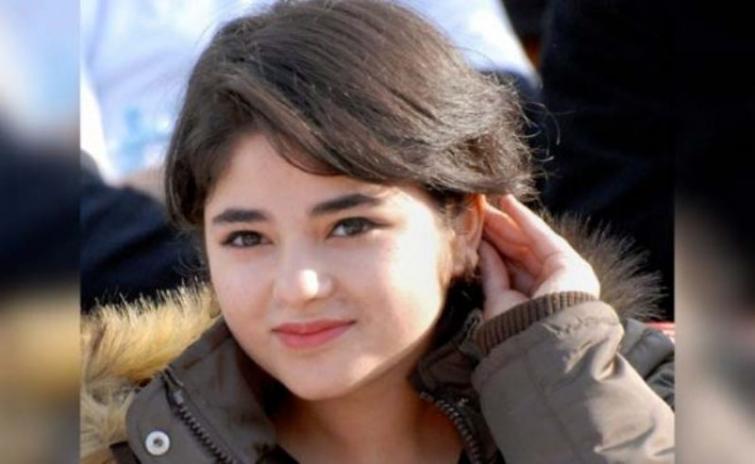 In a long Facebook post, Zaira said while Bollywood gave her huge popularity and success, she now feels that she does not belong here.

"I started to become the prime candidate of public attention, I was projected as the gospel of the idea of success and was often identified as a role model for the youth. However, that’s never something that I set out to do or become, especially with regards to my ideas of success and failure, which I had just started to explore and understand," she wrote.

As the actress completes five years in the industry, she said she is "not happy with "this identity i.e my line of work."

"As I had just started to explore and make sense of the things to which I dedicated my time, efforts and emotions and tried to grab hold of a new lifestyle, it was only for me to realise that though I may fit here perfectly, I do not belong here," the actress wrote.

The actress, who made an identity in the film 'Secret Superstar' said she cannot work in an environment that "consistently interfered with my imaan, my relationship with my religion was threatened."

"I continued to observe things and twist my perceptions as I wanted them to be, without really understanding that the key is to see them as they are. I kept trying to escape but somehow I always ended up hitting a dead end, in an endless loop with a missing element that kept torturing me with a longing I was neither able to make sense of nor satisfy," she shared.

Announcing her decision to quit the field, she wrote: "This journey has been exhausting, to battle my soul for so long. Life is too short yet too long to be at war with oneself. Therefore, today I arrive at this well-grounded decision and I officially declare my disassociation with this field."

Zaira made her film debut with the role of wrestler Geeta Phogat in the biographical sports film Dangal (2016), which emerged as the highest grossing Indian film.

She rose to prominence by starring as a aspiring singer in the musical drama Secret Superstar (2017), which also ranks among the highest-grossing Indian films.