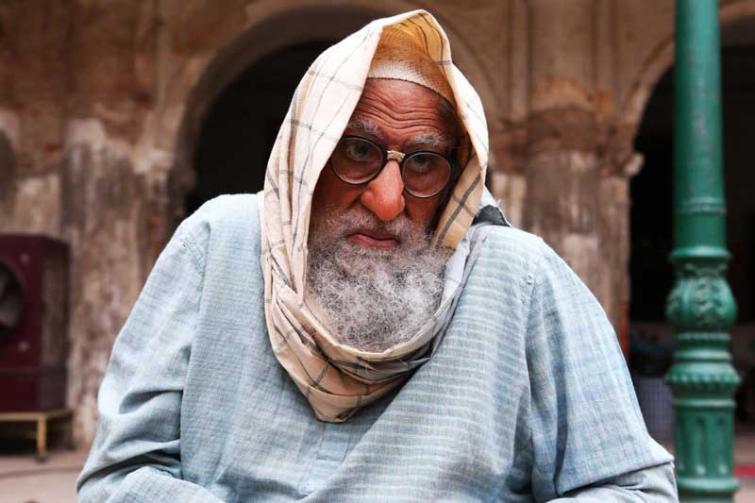 It's different: Amitabh Bachchan's first look from Gulabo Sitabo unveiled by its makers

Mumbai, June 21 (IBNS): The first look of Bollywood superstar Amitabh Bachchan from his upcoming movie Gulabo Sitabo has been reveled by its makers and it is surely going to leave the fans amazed.

Bachchan is looking absolutely different from the various characters he has played in his life so far.

From Paa to Badla, Bachchan has always experimented with his looks and characters and Gulabo Sitabo seems to be no different from it.

The movie will see Bachchan uniting with actor Ayushmann Khurrana for the first time onscreen.

Ayushmann is known for delivering hit movies like 'Bareily Ki Barfi' and 'Andha Dhun' in the past.

This movie is directed by Shoojit Sircar.

Speaking on the first day of shooting for a movie, Bachchan said in his blog: "First days are first days and first days are a reckoning of what is to be done what needs to be observed .. what what what .. ahhh confusing as any other .. but hopefully we shall get it right soon ..

It has begun , and that is important .. so another environ clothings make up crew artists all new and ready to give the best ..what is it about the fresh beginning .. hope and desire to do it right .. another meter down .. another imagery for posterity documented."

"The work schedules one after another giving no time whatsoever to refurbish the new and forget the yesterdays work .. its all in the trial of life .. when you work you wish for respite, when you do not work you wish for work ..I am ready to take both .. Its been an exhausting day .. the prosthetics have been tiresome and they sap all your efforts away .. but then this is what we aimed for ..hesitant to disclose the look .. methinks it shall be with the print media soon ..till then," he said.