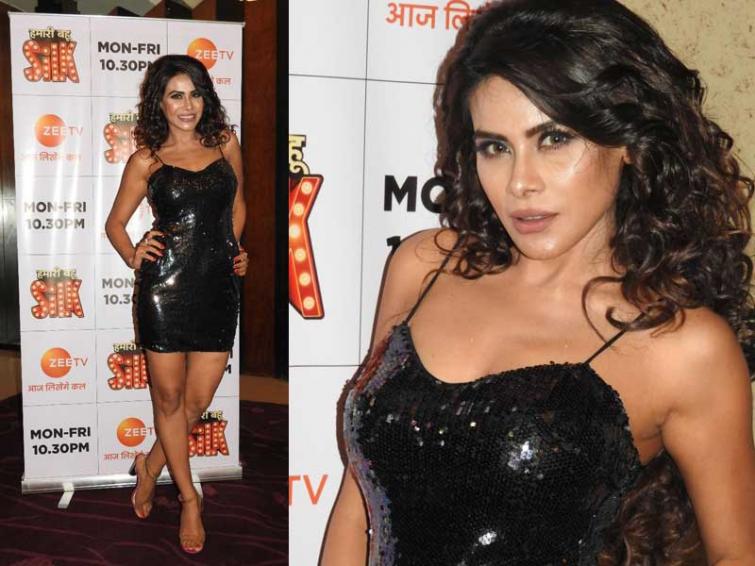 Chaudhury, who was recently in the city seemed ecstatic about her debut role as the starlet Natasha.

Said Chadhury, “Hamari Bahu Silk is a unique concept and I am extremely proud to make my debut with this show. My character Natasha, is an actress who is appreciated for her beauty but rejected for her hoarse voice. The character is very interesting and I hope audiences enjoys this side of me."

Chaudhury said she was elated to be in Kolkata and was looking forward to visiting Kalighat as well as gorge on the city's famous foods, including 'phuchka'. sweets and mutton biryani.

She said she began with modelling and then went to Mumbai to take lessons in acting, a profession she takes a keen interest in.

The story of 'Hamari Bahu Silk' revolves around Naksh (played by Zaan Khan), Pakhi (played by Chahat Pandey) and Natasha (Reeva Chaudhury) along with a host of other characters.

Compelled to look for a job and support her family, she chances upon a bold and brazen starlet Natasha, appreciated solely for her looks and rejected for her hoarse voice.

Seeing this as an opportunity and driven by her financial circumstances, Pakhi decides to lend her voice and becomes a dubbing artist for sensuous films starring Natasha.

But will her own people accept Pakhi’s off-beat,  seemingly “questionable” career choice?

Will she find love, happiness, acceptance in matrimony or be ostracized by the bigots and be relegated to a walking down a lonely path on her own?

Hamari Bahu Silk, produced by Devyani Rale of  Klay Picture, is being aired on Zee TV, Monday to Friday, at 10.30pm.