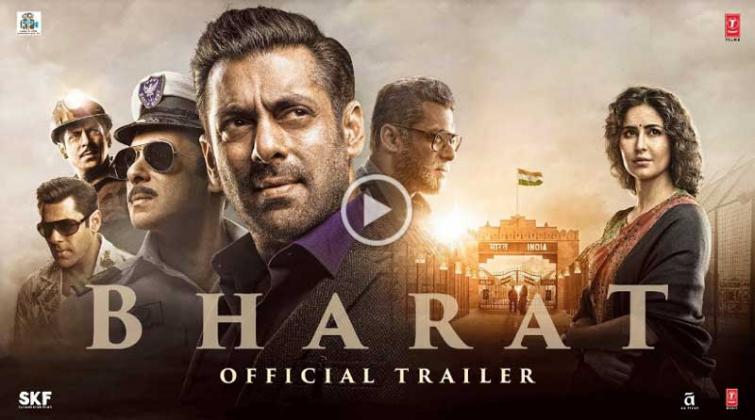 She chose USA in the nick of time: Salman Khan says on Priyanka Chopra's decision to quit Bharat

Mumbai, May 25 (IBNS): It seems that actor Salman Khan might be still not happy with Priyanka Chopra's decision of quitting Bharat movie in the ‘nick’ of time.

Bharat is the next big release of Bollywood rocker Salman Khan.

Priyanka, who was originally planned to be part of Bharat, decided to move out from the movie at the last minute for her wedding with singer Nick Jonas.

During an interaction with Bollywood Hungama, Salman Khan said: "And she (Priyanka Chopra), over Bharat, did choose USA in the nick of time. She has worked hard all her life, okay? And when she got the biggest film of her life, she dumped that film and got married. You know, HATS OFF! Usually, people leave their husbands for films like these.”

However, Salman said Priyanka could take part in promoting the movie.

“She is not there in the film but she can help in the promotion of the film because it was, you know, she had also loved the script," he told Bollywood Hungama.

Salman appreciated Katrina and said she deserved to win the National Award for the movie.

“You know, she thinks I am joking. I don’t think anyone else thinks that. I think, who all have seen the promos, I think 1000 %, she can win National Award for it," Salman said.

"I think this National Award, Inshaallah, should go to her unless somebody comes up with, you know, incredible performance and a film much better than this. It is the faith of the film whether it works or not, it all depends on the audiences. I don’t think anybody would feel any kind of disappointment from this film," he said.

Directed by  Ali Abbas Zafar the movie is scheduled to hit the theatre during Eid.

Salman Khan is known for delivering one hit movie during Eid every year.