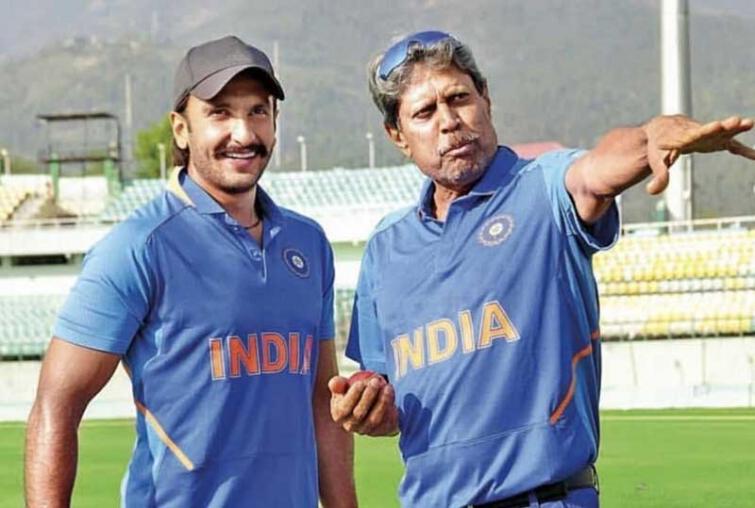 Reel and real Kapil Dev come in one frame

Mumbai, Apr 6 (IBNS): Actor Ranveer Singh, who will essay India's first Cricket World Cup winning captain Kapil Dev in his next project, posted a picture on social media where he could be seen with the former skipper.

Singh will portray the role of Dev in '83 which is a biopic on the former cricketer.

In the image shared on social media, Singh and Dev are seen wearing a jersey quite similar to the one of Indian cricket team.

Dev, who is known as India's iconic all-rounder, led India to the world cup victory for the first time in 1983.