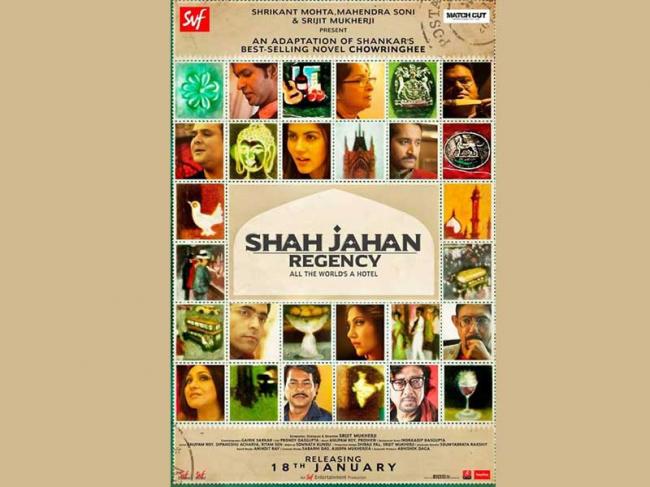 ‘Shah Jahan Regency’ is an adaptation of Mani Shankar Mukherjee’s (better known as Shankar) bestselling novel, ‘Chowringhee’ which was later made into an iconic  film of the same name, with Tollywood heart throb, the late Uttam Kumar, in the lead.

“The 1968 multi starrer film ‘Chowringhee’ starring the iconic Uttam Kumar and Supriya Devi was a masterpiece. Shah Jahan Regency is a realignment of ‘Chowringhee’, which has transitioned from the 1968 era to the present age,” said Srijit Mukherji.

Parambrata Chatterjee, who is essaying the role o Rudra in the film said, “I was a little apprehensive about signing this film at first but after Srijit made me revisit the novel, I realized that ‘Shah Jahan Regency’ actually follows the story-line of the original novel.”

According to Anjan Dutt, ‘Shah Jahan Regency’ has the iconic essence of ‘Chowringhee’ and every character in the film shares equal importance.

Talking about his role in the film, Sujoy Prosad Chatterjee said, “My character talks about marginalization and is very outspoken. Though I am stepping into the shoes of Bhanu Banerjee who played the housekeeper’s role in the 1968 film, my character has been treated very differently but there are certain similarities.”

He said, “There is bound to be comparisons especially by the earlier generation who has watched the iconic 1968, ‘Chowringhee’. Srijit has captured the transition of the new age Kolkata and showcased it beautifully in ‘Shah Jahan Regency’.”

Set to release on January 1, 2019, under SVF Entertainment Pvt Ltd, ‘Shah Jahan Regency’ revolves around the lives of people associated with the eponymous hotel. It believes and maintains the rich culture of India in every aspect of the hotel from the uniform to the names given to the different parts of the hotel.