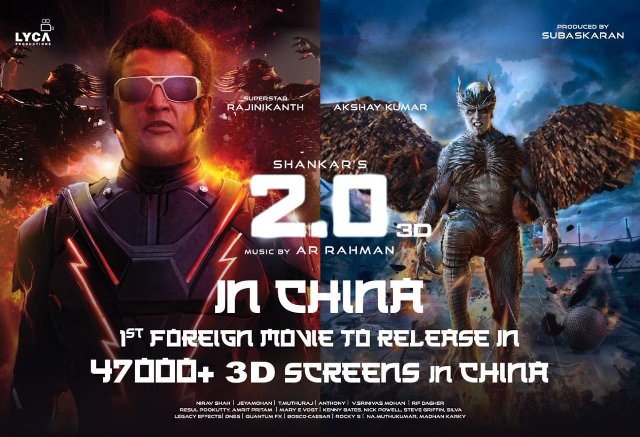 Rajinikanth's 2.0 to release in China

The movie will release during May.

#2Point0 to release in #China... May 2019 release... Official confirmation by producers... pic.twitter.com/LvTH9rGLXW

2.0 is one of the most awaited movies for all Indian movie fans.

It features Akshay Kumar as villain and Rajinikanth.