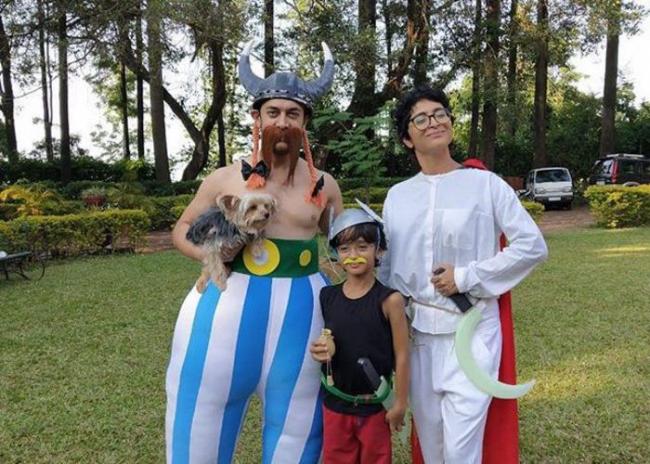 Mumbai, Nov 28 (IBNS): Professionally actor-director Aamir Khan may not have a soothing time after the release of Thugs of Hindostan, but personally the Bollywood star seems to be enjoying with his family to the fullest.

Aamir has recently dressed himself up like cartoon character 'Obelix' while his son Azad poses as fictional character 'Asterix' at a family party.

In one of the pictures, Aamir's entire family could be seen feasting at a garden. The caption of the picture reads, "Obelix waits in line for the magic potion, while Asterix is drinking his dose."

Obelix waits in line for the magic potion, while Asterix is drinking his dose.

On the work front, Aamir's Thugs Of Hindostan, which was made with about Rs. 300 crore budget, failed to impress the audience and also did not earn enough at the box office.