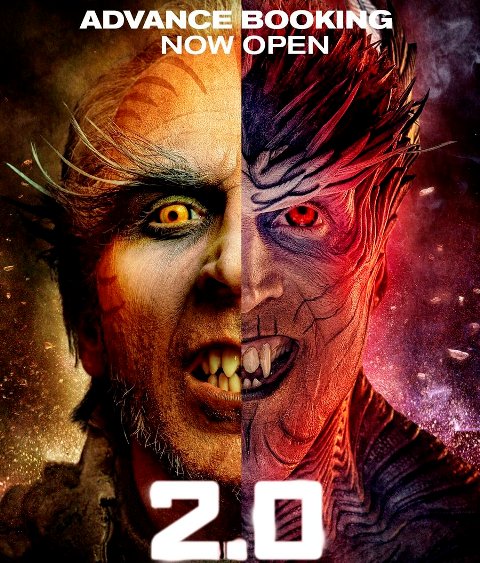 Chennai, Nov 27 (IBNS): Makers of upcoming southern movie 2.0 have released the new poster of the movie.

"The countdown begins... The hype is tremendous... So are the expectations... Will it set new benchmarks at the BO?… #2Point0 #2Point0FromThursday," film critic Taran Adarsh tweeted.

2.0 is one of the most awaited movies of the year.

It will feature Akshay Kumar and Rajinikanth in the lead roles.

In the poster, Akshay Kumar, who is playing a negative role in the film, could be seen.

2.0 is one of the most awaited movies for all Indian movie fans.