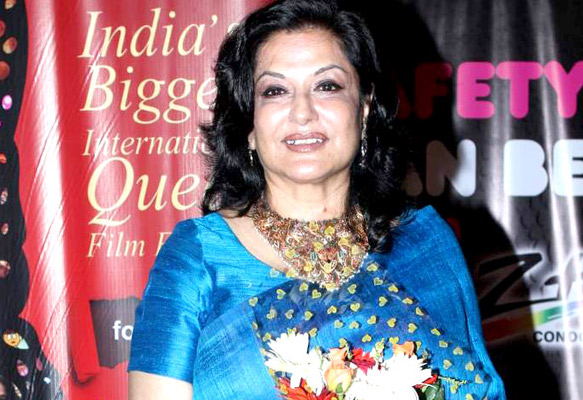 Mumbai, Nov 24 (IBNS): Veteran Bollywood actress Moushumi Chatterjee and her husband Jayanta Mukherjee have approached the Bombay High Court to seek guardianship of their married but ailing daughter Payal Dicky Sinha, requesting the court to allow them to take care of her instead of her husband, media reports said.

Payal, who got married to Dicky Sinha in 2015, suffered from juvenile diabetes.

Moushumi's daughter was in and out of hospital frequently but of late her health condition deteriorated. Now Payal is suffering from comatose condition, said reports.

Jayanta, Payel and Dicky had run a business but their relations soured later.

In the petition, Moushumi and Jayanta alleged that Payal's physiotherapy treatment has been stopped by Dicky and the latter is also not allowing his in-laws to take care of their daughter.

The parents have also said they have no knowledge of Payal's present health condition as Dicky has, the petition said, "begun preventing them from visiting her by alleging that since he is her lawfully wedded husband and he has acquired a greater right to care for her than the parents," India Today quoted.

Other reports said the bench will hear the petition on Saturday. The court also directed Moushumi Chatterjee’s son-in-law, Dicky Mehta, to file his affidavit in response to the petition, reported Hindustan Times.

The petition of the Bollywood actress and her husband (son of music late music legend Hemanta Kumar) said Dicky and Payal got married in 2010 after which Payal fell sick.

She was last year admitted to a hospital where her mother (Moushumi) and family members visited her and took care of her, the report said.