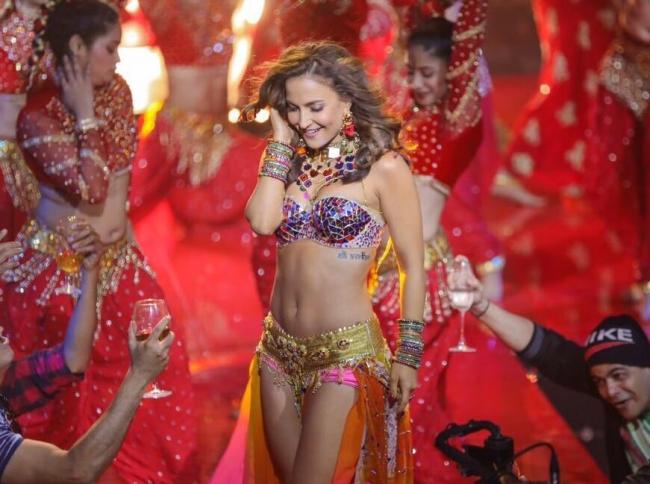 Mumbai, Nov 23 (IBNS): There have been remakes of numerous Bollywood tracks over the years but this time a very special number from the 90s will be back to hit the charts soon with the movie Fraud Sainyan.

The hit track from China Gate movie had been a favourite with party goers in the 90s. In fact, it is still quite popular among those who belong to the generation.

The song will now return in a new avatar with Elli AvRam trying to hit the dance floors and hopefully recreate the same vibe the original had created.

Coming soon ... very soonðŸŒª. Chamma Chamma recreation. But first I have to say I’m really grateful to be part of the remake of such a timeless iconic song with stunning and powerful @urmilamatondkarofficial ðŸ’¥ A big thank you to @tips @kumartaurani @prakashjproductions @adil_choreographer #chammachamma #song #remake #tips #bollywood #bringing90sback . . . PS. This was really scary to walk through!ðŸ‘»

Sharing an image from the floor of the movie, Elli had posted on Instagram: "Coming soon ... very soonðŸŒª. Chamma Chamma recreation.
But first I have to say I’m really grateful to be part of the remake of such a timeless iconic song with stunning and powerful @urmilamatondkarofficial ðŸ’¥ A big thank you to @tips @kumartaurani@prakashjproductions@adil_choreographer #chammachamma#song #remake #tips #bollywood#bringing90sback."

Actor Arshad Warsi will try to match the steps with Elli in the song.

The official Instagram page of the movie also shared an image where Elli and Arshad could be seen dancing on the hit track.

The original track was a part of action movie China Gate. The multi-starrer had released in 1998.

Who is Elli AvRam?

Elli made her debut in Indian entertainment industry as a contestant in Salman Khan's Bigg Boss 7.

She made her major Bollywood debut with Manish Paul in 2013 movie Mickey Virus. She also worked in other movies like Kis Kisko Pyaar Karoon and Naam Shabana.

Chamma Chamma was not only a hit among Indians, it also attracted the attention of Hollywood filmmakers. It featured in a Hollywood movie named Moulin Rouge!. The movie featured actress Nicole Kidman in the lead role. The movie released in 2001.