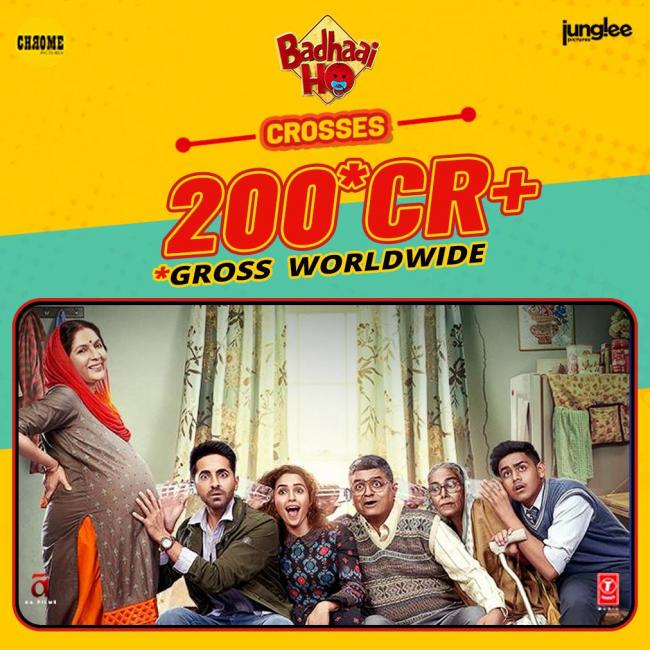 Mumbai, Nov 21 (IBNS): Actor Ayushmann Khurrana's latest movie Badhaai Ho has earned Rs. 200 crore at the Box Office, making it one of the major hits of the year.

The movie released during Dusshera celebrations in the country.

Badhaai Ho has emerged as another major hit movie in the career of Ayushmann.