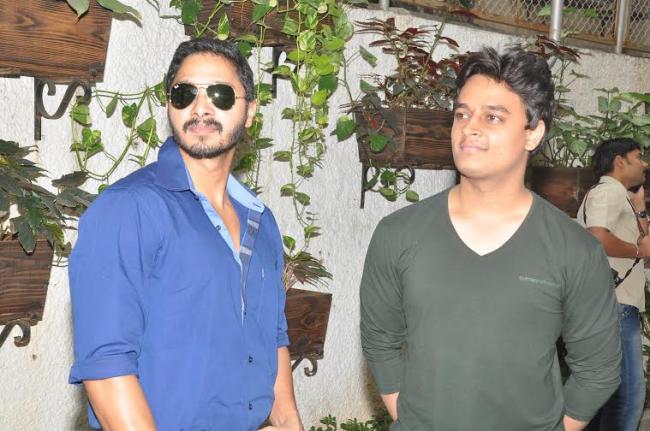 India Blooms News Service | | 23 Jan 2015, 05:04 pm
# Atif Afzal, # Shreyas Talpade
Mumbai, Jan 23 (IBNS) Music director Atif Afzal who was highly appreciated by the critics for his impeccable musical talent in critically acclaimed film â€˜Pragueâ€™ is nowadays on cloud nine as he got an opportunity to extend his talent in regional cinema again, for this he is thankful to Shreyas Talpade.

Atif is the music composer of Shreyas Talpade’s upcoming Marathi film ‘Baji’, which will also mark Shreyas’s comeback as an actor in Marathi film industry.

Atif has previously given music to Marathi film ‘Pune 52’, but with ‘Baji’ apart from composing the music Atif will be singing his first Marathi song as well. Shreyas was the one who convinced Atif to sing song ‘Shravan Shravan’.

“Baji is like a dream venture for Shreyas, the film will mark his comeback in Marathi cinema as an actor. For this venture Shreyas didn’t want to leave any stones unturn and for the same he was also actively involved in the music of this film. He approached Atif to compose the music for this film as he was highly impressed by the composer’s previous work. He insisted Atif to sing a romantic track of the music as well. Being a Non- Maharashtrian it was little difficult for Atif to sing this track but when the final recording was heard by Shreyas was highly impressed by this young talent and straight away went and hugged him,” says source.