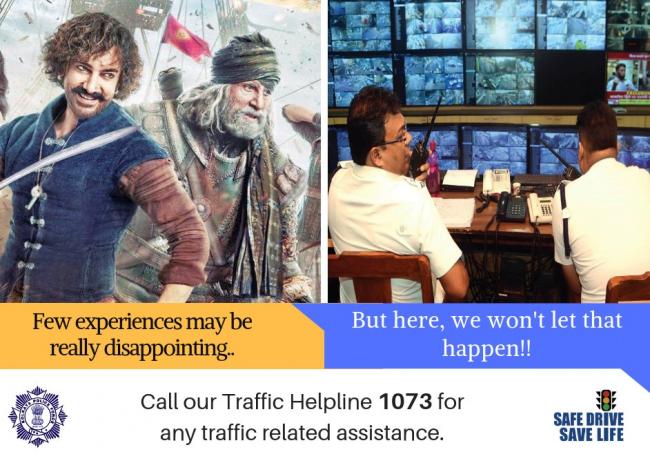 Mumbai/Kolkata, Nov 11 (IBNS): One of the most awaited movies of the year- Thugs of Hindostan- did not impress fans and critics much and it is evident from the number of memes going viral on the social media since Thursday.

Now, the Kolkata Traffic Police was surely monitoring the audience reaction to the movie and hence came up with their own meme-cum-traffic advisory which left people amused.

The meme aimed to inform people that their on-road experience will not be as bad as the film.

The movie released on Thursday.

The movie has crossed the Rs. 100 crore mark but it is finding tough to pull audience towards the theatre.

The movie features Aamir Khan and Amitabh Bachchan in the lead roles.