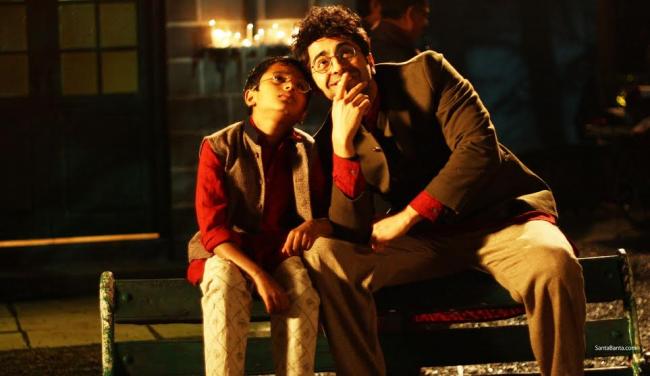 Hawaizaada promo's get a big thumbs up

India Blooms News Service | | 21 Jan 2015, 12:16 am
#Hawaizaada promo get a big thumbs up, # Hawaizaada
Kolkata, Jan 20 (IBNS): The promo of actor Ayushmann Khurrana's upcoming film 'Hawaizaada' has recieved positive response from the audience and the insdustry ever since it hit the screens.

Starring Ayushmann Khurrana, Pallavi Sharda and Mithun Chakraborty, director Vibhu Puri is ecstatic owing to the immense response he has been receiving all over.

“Everyone within and outside the industry are appreciating the promos. I have been getting calls from some people like Karan Johar, Anurag Kashyap, Saina Nehwal, Pritish Nandy, Vidya Balan, Parineeti Chopra and more. It gives me a lot of confidence and happiness," he said.


The film is based on the life of scientist Shivkar Bapuji Talpade.

“I had to meet a lot of people and read a lot of books to study about this character. However my movie is not a biopic on him, but a fantasy film interwoven with real facts about the man who had flown the first aircraft.” said the director on his film.

Hawaizaada, presented by Reliance Entertainment and produced by Trilogic Digital Media Limited and Film Farmers Production is all set to hit the silver screens on Jan  30.