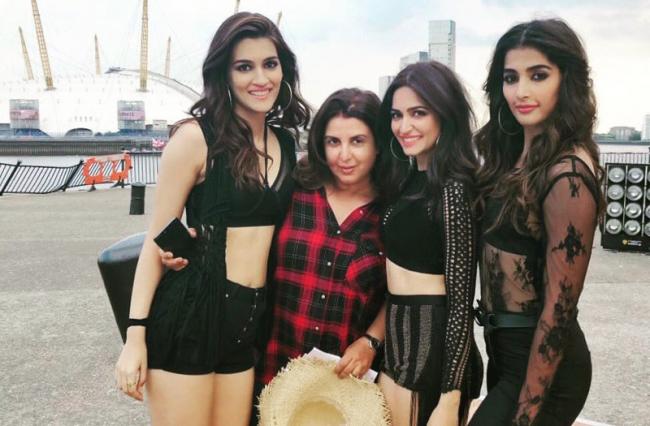 Mumbai, Oct 12 (IBNS): Choreographer-director Farah Khan on Friday said she and her family were left 'heartbroken' after his brother and director Sajid Khan's name emerged in an alleged sexual harassment incident.

"This is a heartbreaking time for my family.We have to work through some very difficult issues. If my brother has behaved in this manner he has a lot to atone for.I don’t in any way endorse this behavior and Stand in solidarity with any woman who has been hurt," Farah tweeted.

Akhtar tweeted: "I cannot adequately stress how shocked, disappointed and heartbroken I am to read the stories about Sajid’s behaviour.
I don’t know how but he will have to find a way to atone for his alleged actions."

Actor Akshay Kumar has cancelled the shooting of Housefull 4 after the film's director Sajid Khan was accused of sexual harassment on Thursday.

Akshay took to Twitter to say, "I've just landed back in the country last night and reading all the news has been very disturbing. I've requested the producers of Housefull 4 to cancel the shoot until further investigation.

"This is something that requires stringent action. I will not work with any proven offenders and all those who have been subjugated to harassment should be heard and given the justice they deserve."

Sajid has been accused by actress Saloni Chopra on Twitter.

Revealing her experience, Saloni tweeted, "I finally decided to share my story with you. Writing this was like re-living all that horrible past I’d chosen to let go of, but I knew if I don’t today, I may never. So here’s #metoo #MetooIndia"

Saloni said Sajid had said she was not "sexy" and also pulled down his pants in front of the actress once.

I finally decided to share my story with you. Writing this was like re-living all that horrible past I’d chosen to let go of, but I knew if I don’t today, I may never. So here’s #metoo #MetooIndia https://t.co/brouTYIBC7

After Akshay's cancellation of the shooting, Sajid stepped down from the directorial post of Housefull 4.

The #MeToo campaign has started in India after actress Tanushree Dutta levelled allegations of sexual harassment against actor Nana Patekar.

Tanushree has alleged that Patekar misbehaved with her on the sets of 2008 movie Horn Ok Pleassss.